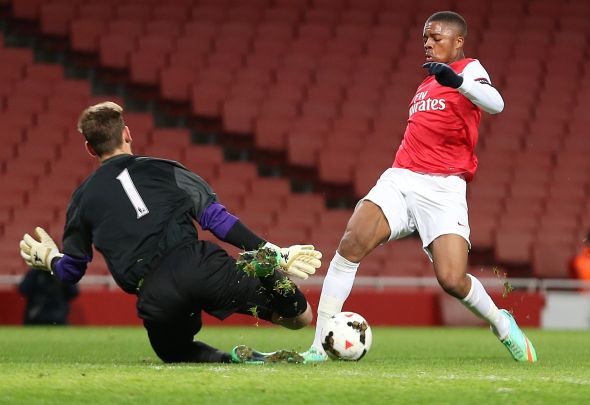 Everton Under-23 goalkeeper Russell Griffiths has joined Cheltenham Town on a six-month loan, it was announced on Friday.

The loan will run until 2 January, with the youngster available to play for Cheltenham in their League Two clash against Leyton Orient at Whaddon Road on Saturday.

Everton revealed the deal on their official website and via social media platforms, with the club also announcing Griffiths can play in the EFL Cup.

Griffiths, 20, spent 2015-16 on loan at National League side Halifax before signing an extended deal at Everton.

The England Under-20 international most recently played for the national side in October 2015, when he played 90 minutes as youth side lost 1-0 to Germany Under-20s.

Cheltenham were promoted back into League Two last season, just one year after their relegation.

They finished 12 points clear of their local rival Forest Green in the National League during the 2015-16 campaign to lift the title and gain automatic promotion.

Griffiths was third-choice keeper at Everton for periods of last season behind Joel Robles and Tim Howard, and made regular appearances on the bench in the Premier League and Europa League but never appeared for the first team.

The Toffees are still searching for a senior goalkeeper despite the recent senior Maarten Stekelenburg from Fulham, with doubts surrounding the capability of the former Holland No1 and Robles to hold down the spot.

They have been heavily linked with a number of shot stoppers including Kasper Schmeicel, Rui Patricio, Tim Krul and Frazer Forster.