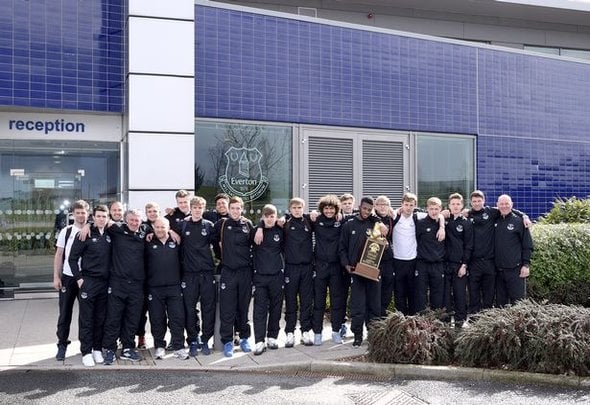 The 16-year-old revealed on his personal Twitter account that he had completed a move to the Merseysiders’ academy from their counterparts at Vitesse following a two-year spell in Holland.

The Manchester-born defender was reported to have agreed a move to the Toffees in January after being pictured at Finch Farm but the left-footed youngster has been made to wait to make his move back to England.

Baxter took to Twitter to confirm his move to the Blues on Friday as the club gave details on their official website of their academy intake this summer.

Officially a footballer for Everton FC

Ronald Koeman has also sanctioned a move for a number of other emerging talents this summer, including the signing of Manchester City goalkeeper Joe Hilton.

The Merseyside outfit have been busy in the transfer market this week by already completing the purchase of Maarten Stekelenburg and working on a number of other high profile deals.

Koeman is looking to reshape Everton’s promising young squad and has the financial backing of new billionaire owner Farhad Moshiri to help attract the highest calibre of players to Goodison Park.

In other Everton news, there has been a mixed response from the club’s Twitter following after it emerged that they had made a club-record swoop for Belgian central midfielder Axel Witsel.