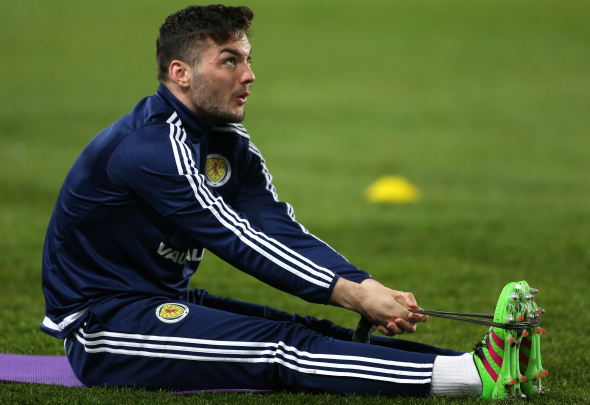 Former Celtic hitman Tony Watt has temporarily ended his disappointing stay in England by moving back up north to sign for Hearts.

The 22-year-old was touted to be Scotland’s next big star after signing for Celtic from Scottish minnows Airdrie United in 2011, but has failed to build upon a promising start to his career.

The Jam Tarts confirmed on their official website that Watt had joined on a year’s-loan from Championship side Charlton Athletic.

“I’m still young and I’ve got a large chunk of my career ahead of me,” Watt, who made a surprise Scotland debut in March, told the Hearts website.

“This is a big club and I want to come back to Scotland, play games and get a bit of stability.”

Watt is best remembered for scoring an 88th minute winner in Celtic’s Champions League win against European giants Barcelona in 2012.

He subsequently had spells at Belgian clubs Lierse and Standard Liege before joining Charlton in January 2015.

With two years left on his contract at the London side, Watt will be hoping to rediscover his goalscoring touch at Tynecastle in an attempt to rejuvenate his career.

In other Celtic news, Rodgers is keen on landing a new defender by Thursday night.