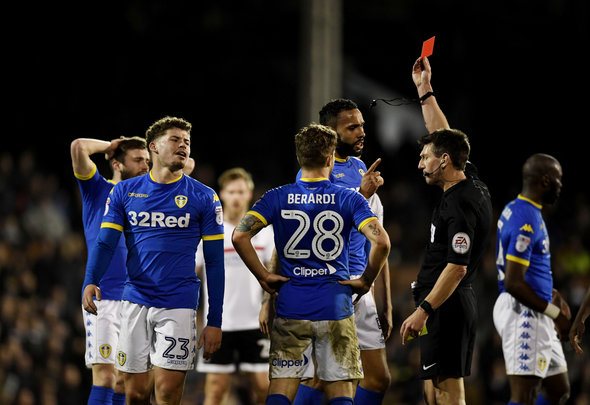 New Leeds United manager Paul Heckingbottom has confirmed that the club have already taken measures to stamp out issues of discipline following his arrival at Elland Road.
The Whites are bottom of the Championship disciplinary table with 77 points, which equates to the 53 yellow cards, and six red cards, three of which have been straight sending offs, during the current campaign, not to mention the six game ban received by Samu Saiz for spitting at an opponent in the FA Cup.
As a result there have been questions asked over whether there are underlying issues running through the club, and it has been recognised by the former Barnsley boss as a “big problem” for him to address, with action already taken in his first few days in the role.
He was quoted by the Yorkshire Evening Post’s Phil Hay, via the journalist’s personal Twitter account, as saying: “Discipline is a big problem. All for aggression but you have to have control.
“It will change. Sendings off through lack of control we’ve got to address. We’ve done things already.

PH: Discipline is a big problem. All for aggression but you have to have control. It will change. Sendings off through lack of control we've got to address. We've done things already. #lufc

Leeds have seen a man sent off in four of the last five games played, with Gaetano Berardi seeing himself dismissed in Thomas Christiansen’s last game in charge, the 4-1 thrashing at the hands of Cardiff City.
Heckingbottom’s career at Elland Road sees him take on as tough a challenge as his predecessor, with a visit to promotion chasers Sheffield United in an early kick off on Saturday.
In other Leeds United news, the new boss may have already shown his naivety after his comments about the club’s structure.