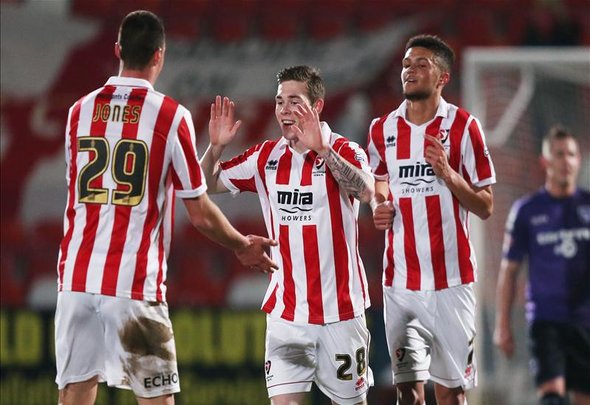 Jim Bently has confirmed the capture of Liverpool starlet Jack Dunn after the 21-year-old joined League Two side Morecambe on a six-month loan deal.

The striker completed his move to Morecambe shortly after scoring for Liverpool‘s Under-23s in a 2-1 win against his new club.

Dunn has previously been on loan at both Cheltenham and Burton Albion and has played for England at under-19 level too.

The news was confirmed on the Morecambe FC and Liverpool Twitter pages on Saturday.

“Jack is someone who has always impressed me and I am delighted that he has come to us,” Shrimps boss Bentley told the Liverpool Echo.

“He is an excellent player and a great finisher and he will be a real boost to the squad and I am sure he will excite the fans as well.”

The youngster can player as a centre-forward, second striker and as a left-winger but has never featured for Liverpool’s first team in any competition.

The Reds have a string on high-quality young players ahead of Dunn in the pecking order including Joe Gomez, Jon Flannagan, Divock Origi and Emre Can.

The Merseyside outfit will have their squad tested to the limit again this season after going all the way in the Europa League last term, but Dunn has proved surplus to requirements.

Jurgen Klopp will be hoping the attacker can play regular football while out on loan and come back to Anfield in January and try to work a place in the first team.

In other Liverpool transfer news, Reds youngster Sheyi Ojo has revealed that star senior forward Daniel Sturridge has offered the most support to him while he looks to break into the first-team squad himself.