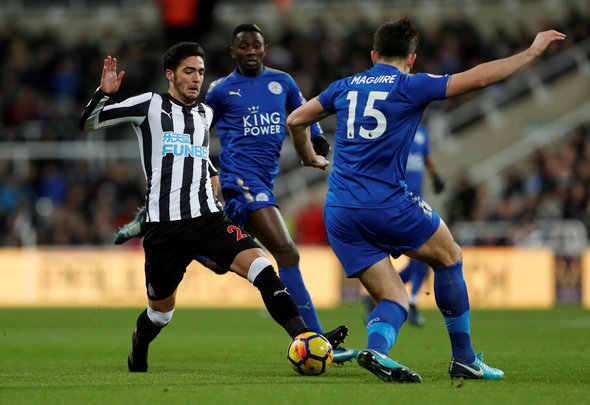 Newcastle United manager Rafael Benitez has confirmed that fan favourite Mikel Merino has been ruled out of the match with West Brom on Saturday after picking up an injury in a training ground clash in mid-week.

The Magpies play host to the Baggies with two relegation stories on the line, with a single point enough to mathematically confirm Benitez and his men will be playing in the Premier League next season, while the visitors could see their exit from the top flight confirmed with a defeat and other results going against them.

However, Newcastle will have to do without a pair of players, with Christian Atsu and Merino both missing out with injuries, the Spaniard’s confirmed by Benitez, via the personal Twitter account of BBC Radio Newcastle’s Matthew Raisbeck, to have come as a result of a tackle in training on Thursday.

Rafa says Christian Atsu, and Mikel Merino – who was the recipient of a "bad tackle" in training yesterday – will miss tomorrow's match against West Brom. Everybody else is available. #NUFC

Merino, a summer signing from Borussia Dortmund, quickly established himself as a favourite on Tyneside but injuries, as well as the form of Jonjo Shelvey and Mo Diame, have limited his game time recently.

Luckily for Newcastle neither Atsu nor Merino have been starting games as of late but you know that Benitez would have preferred to have had the option of rotation rather than being forced into team decisions. This could have actually been a game in which Merino could have featured, giving Shelvey and Diame a rest after their impressive exploits, most recently on Monday in the defeat to Everton. Instead it looks like nothing will change in the middle, and fans will be looking forward to an enjoyable game with the pressure now mostly off after getting on the verge of mathematical safety, against the side sitting rock bottom of the table.