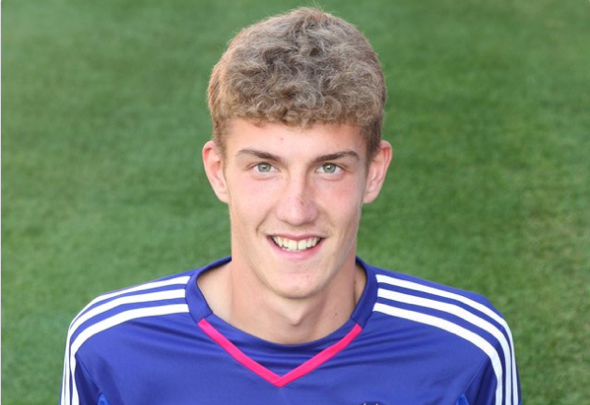 Town’s chairman Wayne Bradley announced that they have completed a temporary deal for the Forest Under-18s shot-stopper.

Wright was part of the Forest youth side that won the Professional Development League 2 North title in 2016 and he hopes to further emulate that success with the non-league club.

“Delighted to welcome Jordan Wright to Alfreton Town from Nottingham Forest. Huge thanks to Forest for their assistance in the loan of the young keeper,” said Bradley on his personal Twitter account.

Delighted to welcome Jordan Wright to @alfretontownfc from @NFFC
Huge thanks to Forest for their assistance in the loan of the young keeper pic.twitter.com/40jHkNhbsJ

The youngster was involved in the Nottingham Forest first team last season when he was named on the bench in the 2-1 win over MK Dons on the final day of the 2015/16 Championship season.

In his last outing in a Forest shirt, Wright kept a clean sheet in a 2-0 win over Bristol City’s Under-23 side earlier this week.

Alfreton are currently in a mid-table position in the National League North and have won their last two league outings against FC United of Manchester and Boston United.

Wright could make his senior debut if he plays in the Derbyshire club’s next match which is an away trip to Gloucester City on Saturday.

Forest are currently under the new charge of Mark Warburton and currently have a bit of a crisis in the goalkeeper spot.

Stephen Henderson is ruled out with a long-term injury while academy product Jordan Smith has had to play between the sticks ahead of the less-than-impressive Vladimir Stojkovic and Dimitar Evtimov.

There’s one thing that cannot be given in academies and that is the taste of first-team senior-level football. Wright has been impressive at youth level for Forest and a move to Alfreton is exactly what he needs to help his career progress. The National League North is a tough league full of experienced players and Alfreton’s mid-table standing shows that they’re a side that can pick up some results while having to spend a number of games on the back foot, which can suit a developing goalkeeper very nicely. A move to a top-of-the-table club would have meant he wouldn’t be having to make anywhere near as much effort in matches.

In other Nottingham Forest news, this international winger has claimed he is a better player since leaving the City Ground.