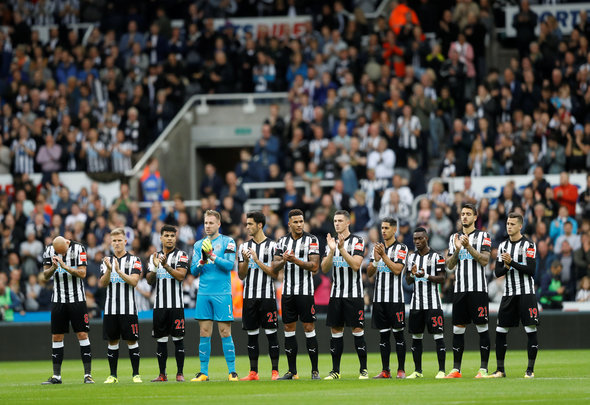 Newcastle United have confirmed that they will take part in a mid-season friendly against Royal Antwerp in Spain during their three week gap between league fixtures.

The Magpies released an official statement via both their website and official Twitter account detailing their plans to go on a four-day break to Murcia in the south of Spain, which will culminate in a clash against the Belgian side at the Pinatar Stadium next Sunday.

Newcastle United will take on Belgian side Royal Antwerp in a friendly fixture during a four-day training camp in Spain this week.

However, instead of a typical 90 minute friendly, the official confirmation of the friendly has revealed that the exhibition clash will be bizarrely split into three periods of 45 minutes, which the club state is to ensure that the full squad are given the opportunity to feature.

Royal Antwerp currently sit eighth in Belgiums top flight, while the Magpies, who’s three week break has come about due their clash against Tottenham being postponed for Spurs’ FA Cup quarter final, are 13th in the Premier League after their 3-0 win over Southampton.

While the thought of a football match with three 45 minute periods seems incredibly odd, the logic behind the decision makes a lot of sense. The Magpies could have done without the three week gap, and although some of their stars will be away on international duty during the second week, many would have suffered a lack of match fitness as a result. The novel approach will also give Rafael Benitez the opportunity to experiment with his side and test out new tactics or different players in new roles without the pressure of a result. Whether Antwerp can give the Magpies a run for their money is another matter, but it is a sensible, if bizarre, move.

In other Newcastle United news, the club are readying a record smashing bid for a top flight mainstay.