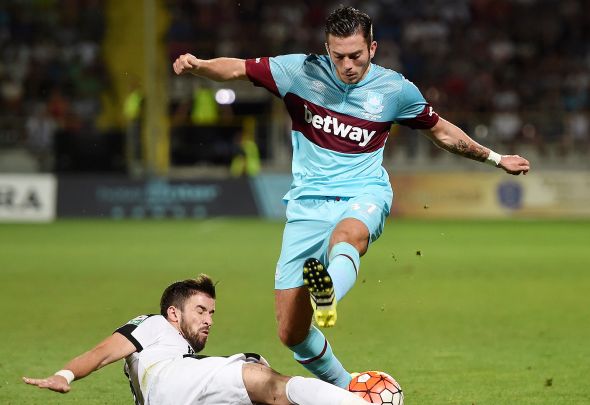 West Ham left-back Lewis Page has joined Coventry until January on a five-month loan deal, it was announced on Tuesday.

The 20-year-old is expected to go straight into the Sky Blues squad for the EFL Cup match with Portsmouth tonight.

His only competitive appearances for the club came last summer in Europa League qualifiers, before he was loaned out to Cambridge for the last few months of last season.

He played six times for Cambridge and helped them finish ninth in League Two.

Upon returning to East London, he helped the Development squad win the U21 Premier League Cup, as they defeated Hull City in the final.

Page played for the West Ham first team on Sunday, as the Hammers lost 3-2 in a glamour pre-season friendly against Juventus.

West Ham have had a busy transfer window, with boss Slaven Bilic making seven additions to his squad.

In other West Ham transfer news, they are eyeing up one of Europe’s brilliant young talents and the deal could be fast-tracked by end of the week