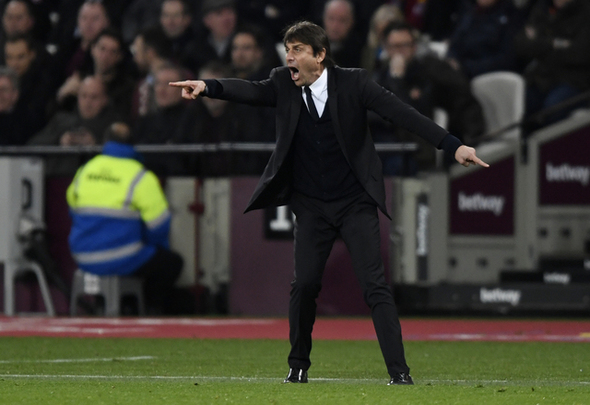 Antonio Conte has claimed that he might give Tottenham’s Premier League clash against West Ham on Friday night a miss.

The Chelsea manager is renowned for his passion and unwavering commitment to the cause but explained that he regards it as an opportunity to spend time with his family.

Conte’s wife and daughter spend much of their time in his native Italy, and a dinner with them could now come before a TV date with Chelsea’s only remaining title rivals.

Spurs travel to West Ham aiming to secure what would be a remarkable 10th consecutive league win, which would narrow the gap on Chelsea to just a single point and put some real pressure on the long-time leaders.

Asked if he will be watching, Conte said on Friday, as quoted by the personal Twitter account of Mirror journalist Darren Lewis: “My wife and daughter have arrived and its a good chance to have dinner.”

Conte says he might not watch West Ham v Spurs: “My wife and daughter have arrived and its a good chance to have dinner.” #eatswhenhewants

Spurs will regard the clash against 15th-placed West Ham as an excellent opportunity to create pressure on Chelsea, who do not play until they host Middlesbrough on Monday night.

A win for Tottenham would lift their points tally to 80 from 35 matches, while Chelsea have accumulated 81 from 34 games.

In other Tottenham news, the club’s supporters have gone berserk after one of the team’s best players dropped a massive hint on social media that he is quitting within weeks.