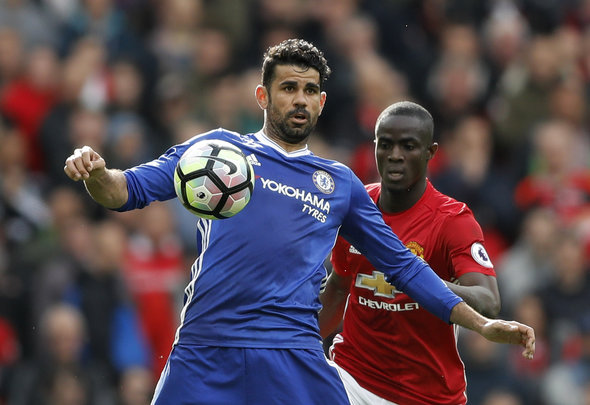 Chelsea forward Diego Costa is desperately waiting to be set free by the London side, according to a reliable journalist.

Kaveh Solhekol, a reporter for Sky Sports News, has revealed that the 28-year-old is refusing to come back to Chelsea and will only play for his former club.

The journalist claims that the striker has his eyes set on a return to former club Atletico Madrid after initially moving away from the club back in 2014.

Solhekol shared the emotive update on his personal Twitter account and quoted Costa who said: “I must return to Atletico”.

Diego Costa says he's waiting for Chelsea to set him free. Not coming back to London. Only destination Atlético: "I must return to Atlético"

Costa has been a key talking point of the transfer window after he publicly fell out with manager Antonio Conte following a text message which said that the forward was no longer part of the boss’ plans for the 2017/18 season.

Since then, the saga has unravelled with Costa failing to train with his team mates while also being given permission to miss out on the club’s pre-season tour.

The Spain international has been an integral part of the club since joining three years ago and has made a total of 120 appearances for the club, scored 58 goals and provided 24 assists across all competitions.

Chelsea are in an incredibly difficult situation, as it’s incredibly unlikely that Costa will ever wear a Chelsea jersey ever again, but the 28-year-old won’t be able to move to Atletico Madrid until January. The Spanish club have a current transfer ban which means that the forward can’t officially move to the side until 2018, so it’s imperative that the London outfit find suitable solution until then. A half-season loan is the best scenario at this point, but it’s unlikely that Costa will be any happier at another club until then. The sooner Chelsea get rid of Costa the better, as he is undoubtably causing disruption around the club. Conte will be hoping to make a few more recruits before deadline day, but should wait until a solution for Costa is found.