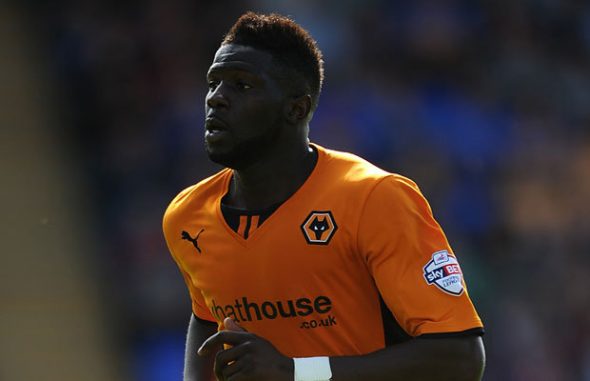 Former Wolves midfielder Bakary Sako could be on his way back to Molineux – and supporters on Twitter have reacted with delight.

With the recent arrival of Andros Townsend from Newcastle United, the 28-year-old Crystal Palace man has slipped down the pecking order and the Express and Star have reported that Wolves are interested in launching a bid for their former player.

The Mali international spent three years in the Midlands with the Championship side, making over 100 appearances for the club.

The winger was a key part of the squad that helped Wolves into the Championship in 2013-14 and the one which very nearly earned a play-off spot in the following season, prompting fans into a jubilant mood after discovering the possibility of his return.

Wolves could sign anyone but if Bakary Sako came back to us, that would be the best signing of the lot in my opinion#wwfc #officialwolves

If Carlsberg did new @OfficialWolves chants:

No championship defence would cope with Sako, Graham, Dicko, Talisca and Bodvarsson

Buzzing if Wolves sign Sako back rate him i do

Yep I'd take Sako back no problem, any player that strengthens our squad is welcome. Exciting times ahead for Wolves Fans just chill & enjoy

WOLVES FANS
Would you love to resign Bakory Sako??? #wwfc

Sako’s solitary campaign with The Eagles was hampered by numerous injuries, as he appeared just 20 times for the Premier League outfit, scoring just twice, in his first two outings.

He is under contract with Palace until 2018, so it will likely take a significant offer from Walter Zenga to prise the former Saint-Etienne man back to Molineux.

But with the recent takeover at Molineux, there is real ambition back in the club and their target being none other than promotion to the Premier League as soon as possible.

In other Wolves news, the club are set to challenge Liverpool for the signature of £21m Benfica man.