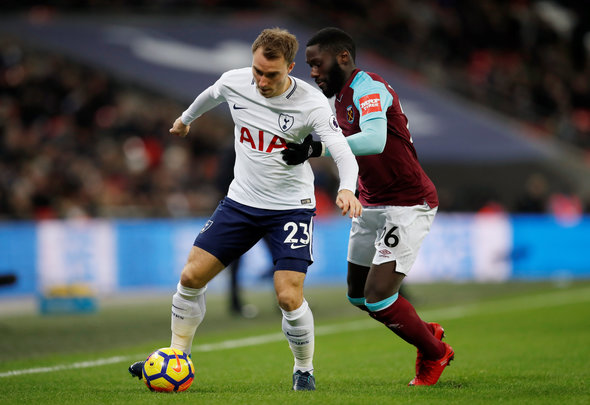 West Ham defender Arthur Masuaku has walked out on his international training camp with DR Congo and is set to return to his club immediately, according to a reliable journalist.

Sam Inkersole, a journalist for Football.London, broke the news on his official Twitter page.

Masuaku is one of four players who has walked from the camp.

Inkersole also revealed some details of the statement saying the players had “cracked, shunned and asked to leave.”

The DR Congo national team have released a statement saying West Ham defender Arthur Masuaku is 1 of 4 players who walked out of training and have returned back to their clubs earlier than scheduled.

More from the statement on Masuaku returning to West Ham: "They all deplored certain organisational aspects of the course….some have cracked, shunned and asked to leave."

The West Ham defender has missed the last six games for his club through suspension, but is available for the massive six-pointer against Southampton at the weekend.

It sounds like there’s been an almighty bust-up in the DR Congo camp but West Ham fans won’t mind this one bit. International friendlies are the scourge of club football, and pleny of players come back injured after playing meaningless matches halfway round the globe. West Ham have a huge match at the weekend and defeat could see them drop into the bottom three of the Premier League. They need all hands on deck at the moment and will be happy to see Masuaku return back to the London Stadium.

In other West Ham news, David Moyes must unleash rarely seen West Ham attacker he is a huge fan of to save job