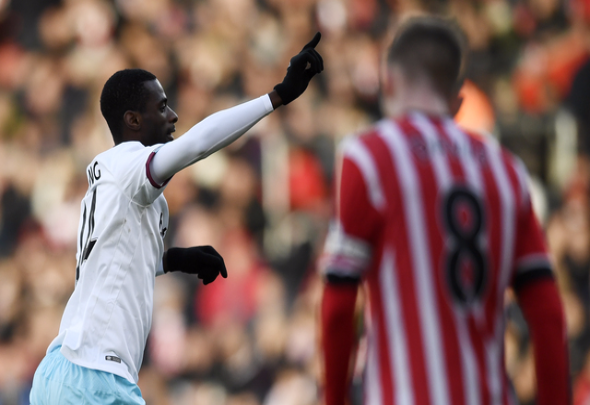 The 24-year-old has been a standout performer for the Hammers this season and is a regular starter under manager Slaven Bilic.

The central midfielder made his 60th appearance for the club on Saturday against Southampton and scored his first goal in a 3-1 victory.

He is mainly regarded as a defensive midfielder and is renowned for breaking up play, but showed his attacking qualities with a goal and an assist against the Saints.

Cresswell feels that the Spaniard deserves more praise for his performance and claims he is a fantastic player.

“Everything is coming together and someone like Pedro does not always get the recognition he deserves,” Cresswell said, as quoted by the club’s official website. “He fully deserved his goal and the performances he has put in the season. He has been fantastic. I hope he continues this form as he is a great lad.”

The Hammers signed Obiang in 2015 from Italian club Sampdoria and has made a good impression during his time with the club.

The defensive midfielder has already made 25 appearances this season across all competitions and completed 90 minutes in 19 of those matches.

He has formed a strong partnership alongside captain Mark Noble and is regarded as one of the most consistent performers in the team.

Obiang could be compared alongside some of the Premier League’s top defensive midfielder such as N’Golo Kante, Victor Wanyama and Idrissa Gueye.

In other West Ham news, the club’s duo are set to be monitored by Gareth Southgate against West Brom.