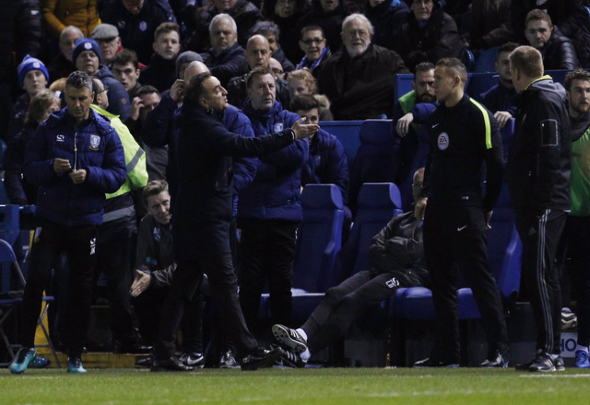 The English centre back is said to have already been the subject of a failed £18million approach from the Hammers, with the Welsh side reportedly demanding a fee of no less than £25million for the 23-year-old.

While it was claimed that West Ham boss David Moyes was willing to meet the Swans’ demands and splash out for his signature, new manager at the Liberty Stadium Carvalhal, who was appointed as Paul Clement’s successor on Thursday, has delivered a critical update on his transfer plans.

As reported by the Press Association’s Phil Blanche on his personal Twitter account, the former Sheffield Wednesday boss has promised that Mawson will not be departing despite the Hammers’ reported move, which would equal the transfer record spent on Marko Arnautovic over the summer.

Early promise from Carlos Carvalhal – Alfie Mawson will not be leaving Swansea in January.

Mawson understood to be target of West Ham with £25million offer expected.

With 47 Premier League appearances under his belt, Mawson has appeared in every minute of Swansea’s Premier League campaign this season, netting once.

West Ham have likely eyed Mawson as a top target for quite some time now, and Paul Clement’s departure may have left them feeling good about securing his signing. However the new boss, who was appointed quickly after his departure from Sheffield Wednesday, seems to have already made his mind up and deliver a serious dent in Moyes’ transfer plans for January. However, while he has come out with these statements now, money talks, and £25million to spend in the winter window could convince him to part with one of the club’s stars in what is going to be a fight for survival in the new year.

In other West Ham news, Moyes has revealed threats made over the future of one Hammers’ star.