Jeremie Frimpong’s £11.5million move to Bayer Leverkusen “suits all parties” and is great business from Celtic, according to Danny Mills.

Speaking exclusively to Football Insider, the former England and Leeds United defender claimed the Hoops were willing to lose the 20-year-old as their pursuit of a 10th consecutive title is all but over.

The Daily Record report the two clubs agreed a deal last week that is in excess of £10million and could rise to £11.5million with add-ons.

Jeremie Frimpong has joined @bayer04_en on a permanent basis.

We would like to thank @JeremieFrimpong for his contribution to the Club and wish him all the best for his future career. 🍀 pic.twitter.com/mVUEo1vHiM

Frimpong moved to Parkhead from Manchester City in September 2019 for just £300,000 and the Premier League giants are due 30% of the fee Celtic received due to a sell-on clause.

Asked by Football Insider whether losing a young prospect reflects badly on the Hoops, Mills said: “A lot of players will see Celtic as a stepping stone, especially players not from Scotland.

“They will look at it and think ‘Ok, Celtic, what am I going to win? Is that a route to a bigger club?’ Potentially. It gives you good visibility in football, playing European football, winning the majority of football matches that gives you the opportunity to get noticed.

“It’s a great price and I’m sure Celtic are thinking ‘Ooh, £11million? Do we really need him? We’re not going to win the league this year. So you know what, £11million, we’ll take that.

“It probably suits all parties in the current climate.” 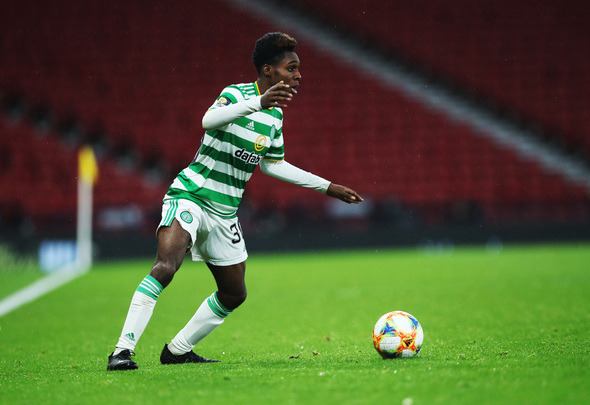 Manager Neil Lennon said of the deal: “I think it’s a great bit of business. We’ve plucked him out of obscurity really and we developed him.

“He made it clear he wanted to go despite wanting to renegotiate his contract.”

In other news, a top pundit fears for a Celtic 26-year-old after a “bombshell”.