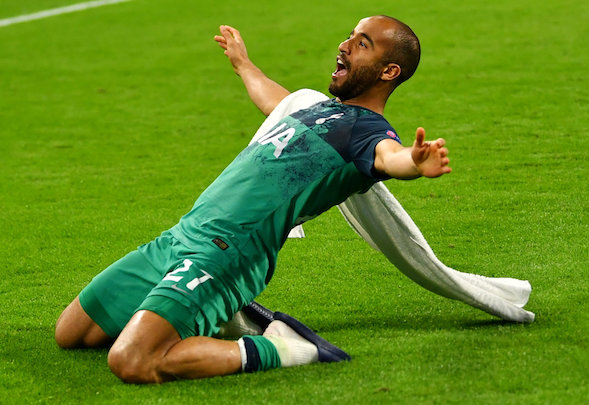 The Brazilian established himself in White Hart Lane folklore last week when his Champions League hat-trick inspired an astonishing semi-final comeback against Ajax.

The 26-year-old has scored 15 goals from 48 Spurs appearances this season after a difficult start to life in England following his £25million transfer from Paris Saint-Germain in January of last year.

Speaking exclusively to Football Insider, ex-England defender Mills explained why Moura has the potential to be a bona fide Premier League star.

“He has had some good performances this season but they have been sporadic,” he said. “Can he regularly play like he did against Ajax? Yes, he can. “He’s got tremendous pace, knows where the goal is and has superb feet. The way he shifted his feet for his second goal against Ajax was incredible. If [Lionel] Messi did that we would be talking about it forever.

“I’m expecting him to be a big player for Spurs next season. He just has to do it consistently, and I think he can.”

Five of Moura’s 15 goals this season have come in the Champions League and the other 10 have been struck in the Premier League from 32 appearances, including 25 starts.