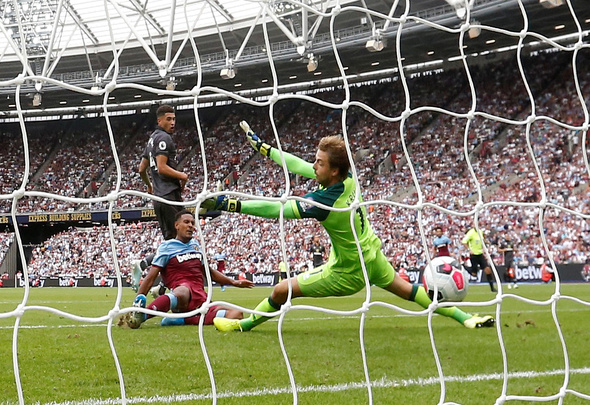 Darren Bent has been left raving over the performances of West Ham striker Sebastien Haller after the Frenchman scored his third goal of the season against Norwich City.

Speaking exclusively to Football Insider, the former Tottenham and England hitman says that the 25-year-old looks to have filled the void left by a lack of natural centre forward in east London, harking back to the days of Carlton Cole and Marlon Harewood.

The Hammers have seen converted winger Marko Arnautovic and injury-prone Andy Carroll lead the line over recent years, while the likes of Jordan Hugill, Modibo Maiga, Lucas Perez and Emmanuel Emineke have all failed to impress.

However, the Hammers’ big-money signing has caught the eye of Bent with three goals in as many games, highlighting his impressive movement in the 2-0 win over Norwich City.

Bent told Football Insider: “He’s really impressed me, what I really loved about him (v Norwich) was his movement, he’s got himself in front of the defender and people don’t understand how good those tap ins are.

“He got himself in that situation and it looks like they’ve finally got someone who wants to be there, is enjoying it there and the fans taking to him. The last time I can remember them having a proper number nine is way, way back – the likes of Bobby Zamora, Carlton Cole, Marlon Harewood, Dean Ashton.”

Following Javier Hernandez’s move to Sevilla, Haller is the most senior striker option at Manuel Pellegrini’s disposal, with 22-year-old Alban Ajeti the only other candidate in the first-team squad.

In other West Ham news, Football Insider can reveal that Pellegrini has been offered a number of free agents to sign outside the transfer window.