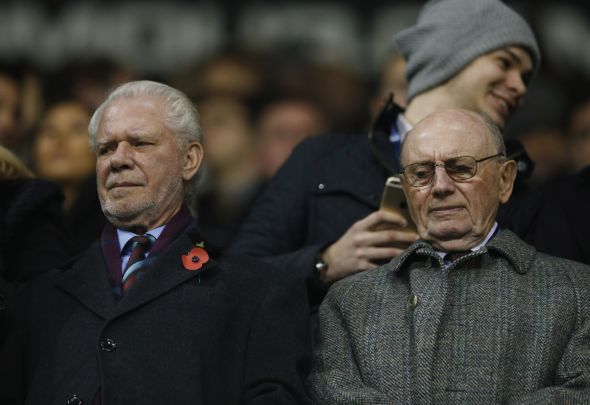 West Ham co-chairman David Gold has taken a swipe at Dimitri Payet on Twitter following his departure from the club.

The France international sealed his long-awaited return to Marseille on Sunday, after the two clubs finally came to an agreement over a £25million transfer fee, and many Hammers figures are glad to see the back of him.

After publicly announcing his intention to leave and refusing to play for the club earlier this month, the 29-year-old threatened to throw West Ham’s squad harmony under the bus.

The players were forced to take evasive action by removing him from their WhatsApp group, and ostracising him from social and team-bonding events.

Slaven Bilic also chose to demote him to the Under-23 squad, in an attempt to keep his senior players from feeling the knock-on effect from Payet’s lack of respect to the club.

However, with Payet finally out the door, many Hammers figures – particularly the fans – have rejoiced, and chief David Gold delivered a less than subtle dig at the midfielder on social media.

He said on his official Twitter account on Monday morning: “West Ham UNITED Football club is stronger today than it was yesterday”

West Ham UNITED Football club is stronger today than it was yesterday. dg

Although it can have countless repercussions, West Ham have not held back in their jibes at Payet across the media, and co-chairman Gold is no different.

There was no way back for the midfielder into the Hammers setup following his outburst, and at that moment it was a matter of finding an acceptable financial deal.

Slaven Bilic’s side will look to continue their rise up the table, having already won back-to-back Premier League games against Crystal Palace and Middlesbrough since Payet’s exile.

They face Manchester City on Wednesday where Robert Snodgrass, who was brought in as a replacement, could make his debut.