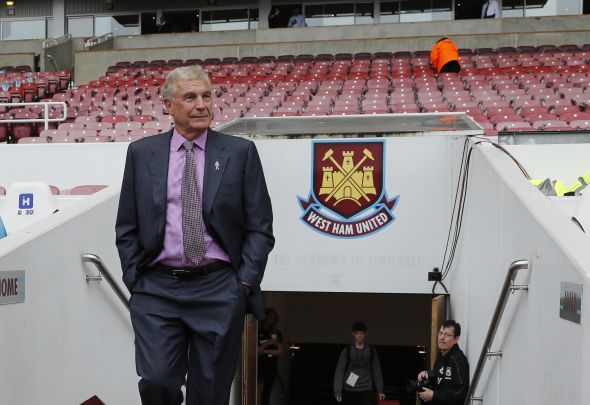 The former midfielder played for the Hammers for 19 years and made 635 league and cup appearances during his time with the East London-based outfit.

Gold posted a message on his personal Twitter account as the FA’s Director of Performance turned 67 on Sunday, describing the Hammers stalwart as a “great ambassador.”

Happy Birthday to Sir Trevor Brooking a West Ham legend a true gentleman and a great ambassador for our club. dg pic.twitter.com/RL2cqjyFMg

Brooking, who scored 102 times during his West Ham career, has made a living with the FA after acting as chairman of Sport England for two years. He played a key part in the selection of former England manager Sven-Goran Eriksson.

The former England international, who also managed West Ham as a caretaker back in 2003, was also described a as “true gentleman” by Gold.

Gold is currently enduring a dismal run of form despite spending over £40million on the likes of Andre Ayew, Arthur Masuaku and the permanent signing of Manuel Lanzini.

The Hammers have won just one Premier League game all season, before ending a run of four consecutive losses on Saturday with a 1-1 draw against new boys Middlesbrough.

In other West Ham news, Jermaine Pennant has revealed this player secretly filmed Sam Allardyce after a contract bust up.