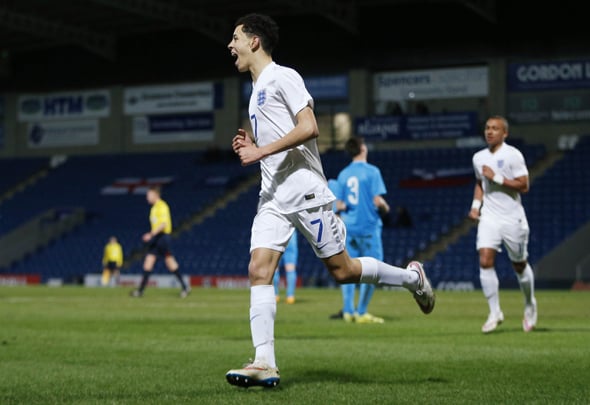 The Hammers co-owner has been impressed by the impact made by the wide forward, 18, since he joined the London club from Everton.

Gold noted on his personal Twitter account on Tuesday morning that Holland “has already scored three goals in his last three matches”.

Gold regularly uses social media to liaise with West Ham fans and is concerned not only with the first team but also the academy and other areas of the club.

His clear delight at the performances of Holland in the early days of his Hammers career will also be regarded as approval of the club’s recruitment team.

West Ham senior figures have made no attempt to hide their disdain at the signings last summer, with the expensive flops including Simone Zaza and Andre Ayew.

There were no senior arrivals last month but Holland, who predominantly plays on the left wing, was recruited from Everton.

He has now made four appearances for the Hammers’ Under-23s in Premier League 2, including an impressive goalscoring display in Monday’s 2-0 win against Fulham at the London Stadium.

In other West Ham news, the Hammers have also entered the race to sign this highly-rated French defender.