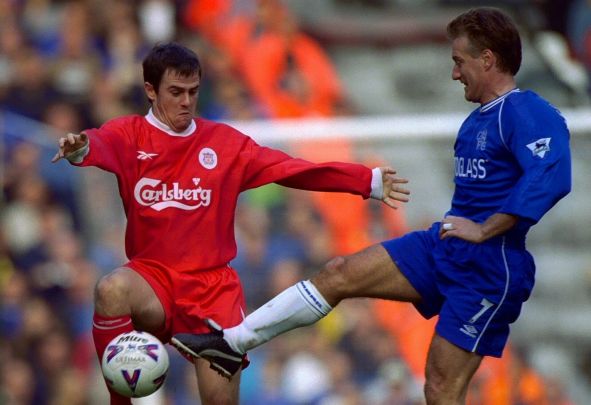 David Thompson believes Liverpool’s win against Stoke on Saturday was down to Jurgen Klopp’s tactical intuition.

Klopp decided to bring both Roberto Firmino and Philippe Coutinho on at half-time while 1-0 down to Stoke, changing his formation from three at the back to four.

Liverpool went on to win 2-1 at the Britannia Stadium, with both substitutes finding the back of the net in a quick-fire double that consolidated the Reds in the top four of the Premier League.

Posting on his personal Instagram account, former Liverpool midfielder Thompson claimed “huge pressure” had been relieved from Klopp’s shoulders regarding his tactical nous.

Liverpool went 1-0 down at the end of the first half, with Ireland international Jonathan Walters heading past Simon Mignolet after good work from Xherdan Shaqiri.

However, the former Borussia Dortmund manager brought Firmino and Coutinho on at the break and the Brazilian international duo changed the game.

Coutinho took advantage of a loose ball in the Stoke penalty area to fire into the bottom corner of Lee Grant’s goal, before Firmino looped a sublime half volley over Grant to earn a 2-1 win.

Former Sunderland goalkeeper Mignolet proved vital in the win, as he made an unbelievable point-blank stop to deny Stoke January signing Saido Berahino from equalising.

The win leaves Liverpool in third place, as Klopp looks for his side to secure a fifth win in seven league games against West Brom on Sunday at the Hawthorns.

In other Liverpool news, the Reds have announced this bizarre piece of team news.