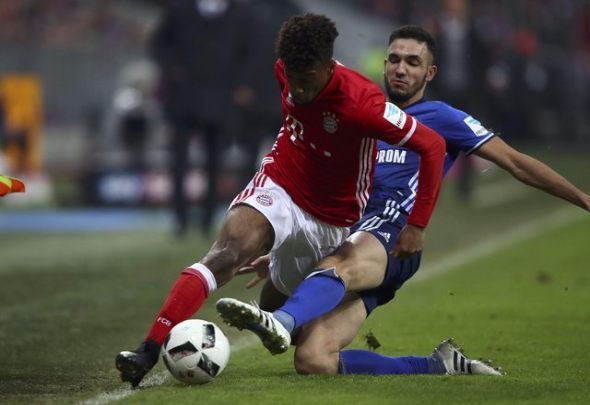 Schalke are close to triggering a clause that will allow them to sign Nabil Bentaleb from Tottenham permanently in a £15million-plus deal, according to Sky Germany.

The broadcaster, as quoted by the personal Twitter account of Sky Sports News correspondent Kaveh Solkehol, claim the Bundesliga club are poised to complete the £16million transfer of Bentaleb.

It is said that the Algeria international must make one more appearance for Schalke to activate the permanent obligation in his loan deal.

Bentaleb moved to Schalke on a season-long loan from Tottenham last summer after slipping down the White Hart Lane pecking order.

The 22-year-old has been a regular for the Bundesliga club, making 25 appearances in all competitions, including 17 league starts.

The 25-times Algeria international has responded with a glut of goals and assists, directly contributing to 10 goals in the form of five goals and five assists in all competitions.

He moved to Germany after slipping down the Tottenham central midfielder pecking-order last season amid criticism from manager Mauricio Pochettino.

Few Spurs fans will mourn the permanent exit of Bentaleb. He has been critical of the club since his temporary exit last summer and also claimed the fans got on his back. Pochettino had his say when he questioned the player’s attitude and work-rate, two things the manager puts great store in. It is fair to say that the midfielder was not able to build on his early promise in a Tottenham shirt and the consistency of the likes of Mousa Dembele, Victor Wanyama and Eric Dier in central midfield has meant he has not been missed. With Harry Winks also progressing at a rapid rate and showing signs he can be more influential than Bentaleb, a £16m fee in exchange for the Algerian’s exit would seem like an excellent deal to many.