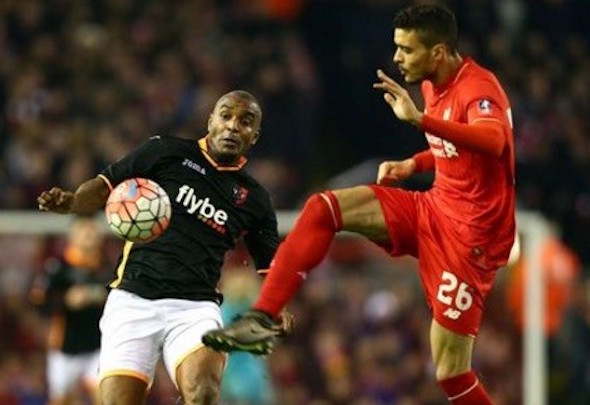 The Spanish club have made a move for the Portugese defender, who is surplus to requirements at Anfield.

A Deportivo recruitment source has told Football Insider that discussions have taken place between the two clubs about Ilori moving to the La Liga club on loan and they are at an advanced stage.

The deal depends upon Deportivo retaining their top-flight status, with the club 14th in the table and seven points clear of Sporting Gijon in 18th.

Ilori, 23, has failed to establish himself at Liverpool since his £7million transfer from Sporting Lisbon in the summer of 2013.

He has had loan spells at Granada, Bordeaux and Aston Villa but has not made the progress that Liverpool had hoped.

The Merseysiders recalled him from his season-long loan at Villa in the January window after he failed to make a single appearance for the Midlands strugglers.

Ilori has made only three first-team appearances for Liverpool, all of which came in the FA Cup in January when manager Jurgen Klopp fielded experimental line-ups as he struggled with an injury crisis.

In other Liverpool news, Klopp is set to make 11 changes for the club’s next match, which is Sunday’s Premier League trip to Swansea.