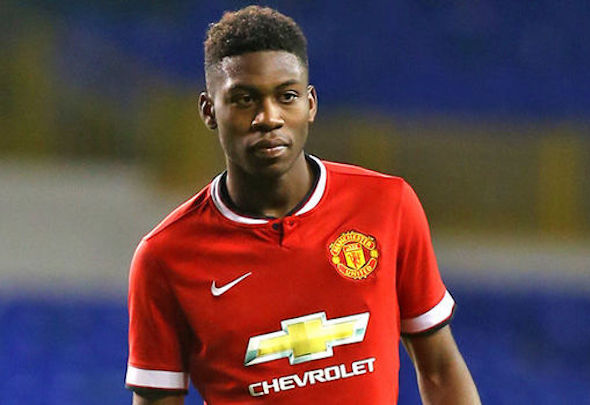 Dutch defender Timothy Fosu-Mensah is set for a medical today after Man United sanctioned a season-long loan to Crystal Palace, according to a report.

The Sun reports that the highly-rated and versatile 19-year-old is being sent out to gain valuable first-team experience in the Premier League.

The versatile Fosu-Mensah can play as a defensive midfielder, at centre-back or in either of the wing-back positions.

The Sun also reports that the move means that Crystal Palace will drop interest in Arsenal’s Calum Chambers.

Timothy Fosu-Mensah is a talent for the future as far as Man United are concerned but there’s no doubt that he will do a great job for Crystal Palace in the Premier League this season. When he returns to Old Trafford he’ll hopefully have a year of first-team football behind him and could be ready to stake a claim in Mourinho’s side next season. It looked like he was ready to make the breakthrough to the senior United side already but Mourinho has decided that he needs more game-time. That makes it a win-win deal for both sides and Man United fans will be watching the Eagles with interest this season as a result. The only question is where de Boer will play the youngster. He’s played at centre-back for the Netherlands Under-21s but is also known to be a marauding wing-back.

In other Man United news, Steven Gerrard has said Liverpool will finish above their rivals if they do these two things.

Pundit Exclusive: Leeds 23-yr-old can be the man to tear Chelsea apart