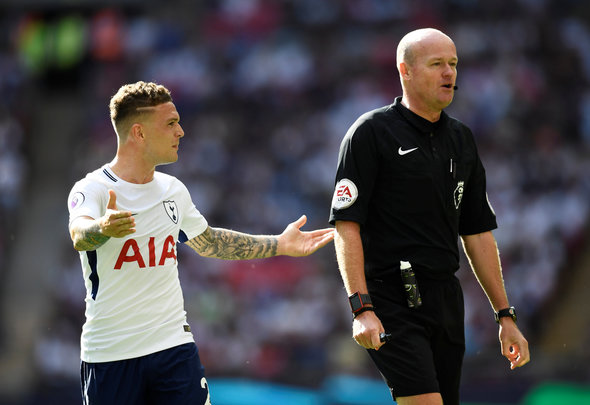 Tottenham fans should expect to see Mauricio Pochettino keep faith with the majority of his side when they go head-to-head with Real Madrid on Tuesday.

The Lilywhites go into the clash at the Bernabeu off the back of a 1-0 win over Bournemouth on Saturday, with Christian Eriksen’s goal securing the club’s first league win at their temporary home of Wembley.

However they will go from playing a side currently in the relegation zone in the Premier League to playing the current holders of the Champions League in their group stage clash, and as such Mauricio Pochettino may look to make some changes to his side.

As a result, fans should expect to see three changes to the side which started against the Cherries, with Dele Alli, Harry Winks and Kieran Tripper being replaced by Moussa Sissoko, Ben Davies and Serge Aurier in a 3-4-2-1 formation.

Alli will serve the final of his three match European suspension against the Spanish giants, meaning that Heung-min Son moves into the advanced role left in the 21-year-old’s absence, lining up alongside Eriksen.

Having sat out the Bournemouth clash with illness, Ben Davies should be fit enough to return to the starting XI, filling in at left wing back which was filled by Son against Eddie Howe’s side.

Despite his impressive performances in recent weeks, it is likely that Pochettino will turn to a more experienced head than Harry Winks in the centre of the park, with Moussa Sissoko, another who has impressed, looking the most likely to take his spot.

At right back fans can expect to see the return of Serge Aurier, replacing Kieran Trippier despite the 27-year-old currently topping the club’s assist table with five across all competitions.

Aurier has started both of Spurs’ Champions League games this season and it is unlikely that having benched him against Bournemouth Pochettino would leave him out against Real Madrid.

The back three and goalkeeper should remain unchanged, while Harry Kane looks set to lead the line as he hopes to add to his 11 goals in 10 appearances across all competitions this season.