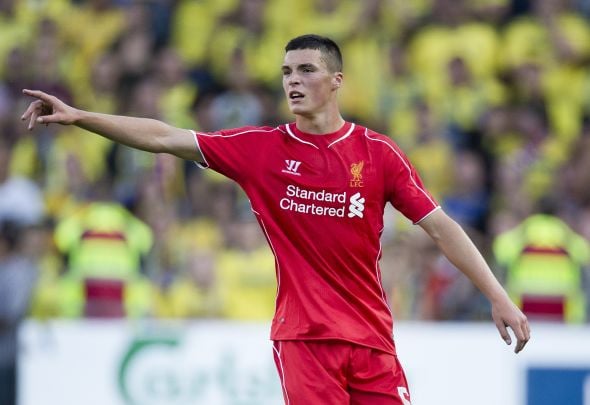 Defender Lloyd Jones is most likely to be the next player to quit Liverpool, according to a report.

Sky Sports’ live transfer blog regularly plugs its Football Whispers section, which claimed on Wednesday [02:22pm] that Jones, 21, has a high chance of signing for Championship side Preston when the transfer window re-opens in January.

This comes after the Mirror reported that Liverpool were prepared to offload the centre-back to Preston in January after his move to Deepdale fell through during the summer transfer window after talks were held over a £250,000 move.

A number of League One clubs are said to be keeping track of Jones’ situation if a move to Preston doesn’t materialise.

However, Football Whispers, which gathers all transfer rumours across the globe and calculates the likelihood of them happening, rates it 4 out of 5 that Jones will join Preston, with five the highest possible ranking and meaning it is a certainty.

The potential transfer is currently top of Football Whispers Top 10, meaning that it is very likely that it will will happen. Jones clearly does’t have much of a future at Anfield and it makes sense for him to start looking to continue his career elsewhere. Preston would be a good place for him to go but he may not be guaranteed as much first-team football at Deepdale as he would if he took a good look at the League One sides that are potentially looking at signing him up. Jones has never earned a senior appearance on Merseyside but gave good accounts of himself in loan spells with Swindon and Blackpool, so there should be plenty of interest in him when the transfer window re-opens. An emergency loan exit could also be an option for the Reds at this stage of the season.

In other Liverpool news, a TalkSport pundit has slammed one of Jurgen Klopp’s decision for the loss to Leicester.