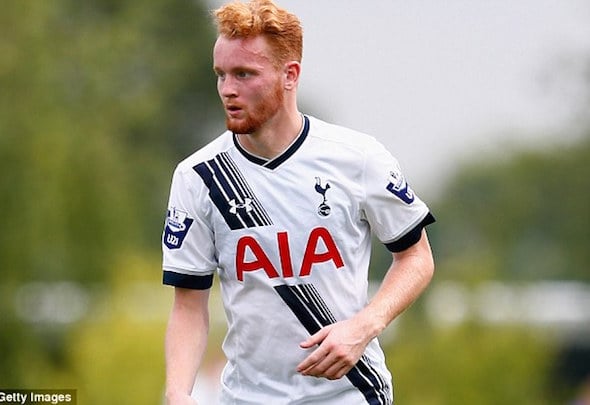 The 19-year-old left-back has extended his terms with the high-flying Premier League club until the summer of 2017.

Ogilvie’s current deal was due to expire in six months but Spurs have showed faith in the academy graduate by extending his agreement by another 12 months.

The versatile defender, who can also fill in at centre-back is currently on loan with League Two side Stevenage where he has made 16 senior appearances to date.

The former England Under-17 international is hoping to follow the likes of Harry Kane, Andros Townsend, Tom Carroll, Ryan Mason and Danny Rose in graduating from the Tottenham academy to the first team.

Ogilvie’s spell at Stevenage is his first taste of senior football after making 16 appearances for Spurs in the Under-21 Premier League during 2014-15.