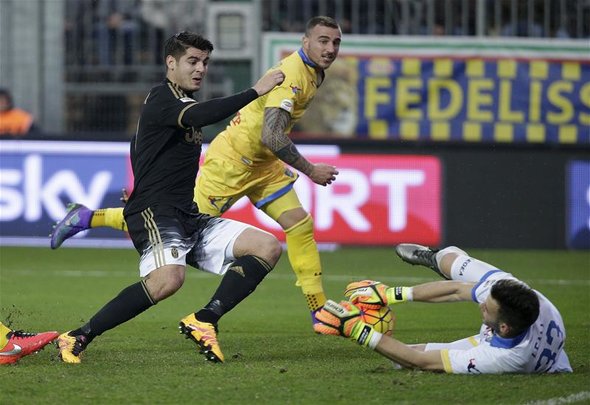 Aston Villa are interested in signing Juventus goalkeeper Nicola Leali, according to reports.

The Sunday Express citing Italian publication Gianluca Di Marzio claim that the Serie A giants are prepared to let Nicola Leali go out on loan for the fifth time in five seasons, with the Villains being a possible destination.

The 23-year-old has failed to break into the Juventus first team as current first choice keeper Gianluigi Buffon maintains his long-term hold on the position.

Roberto Di Matteo is expected to bring in a goalkeeping replacement for Brad Guzan this summer after the 31-year-old’s underwhelming form in the Premier League in 2015-16.

Leali featured in 33 Serie A games this season on loan for Frosinone, conceding 59 goals and keeping seven clean sheets as the club were relegated to Serie B after finishing 19th in the league.

If the move does go through it would see the 6ft 4in keeper come into a defence that shipped 76 goals last season as Villa crashed out of the Premier League with a paltry 17 points.

In other Aston Villa news, coaches Eric Black and Tony Parks have left the club as the summer clear out begins,