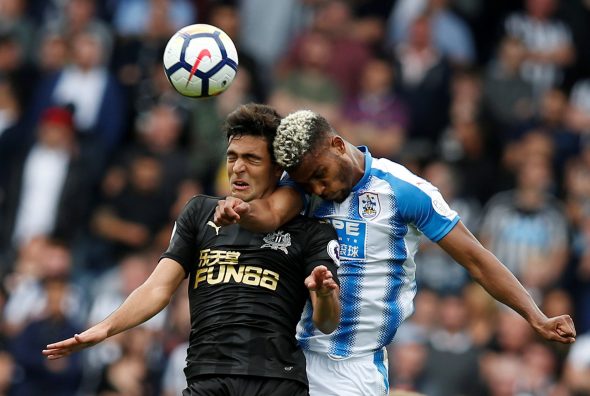 Newcastle United midfielder Mikel Merino has revealed how surprised he was at just how friendly people were on his arrival to England.

The Spanish midfielder joined the Magpies on an initial loan move from Borussia Dortmund over the summer, before impressing enough to convince the Tyneside club to turn his temporary deal into a permanent one, signing a five year deal.

The 21-year-old has already established himself as a firm fans’ favourite despite his relatively short time at the club, and further endeared himself to the Toon Army with a match winning header in the 1-0 victory over Crystal Palace at St James’ Park on Saturday.

Now Merino has said that he has really settled into life on Tyneside, although admits he was expecting a much different atmosphere from the locals.

He told the Guardian: “I’m really happy with the people in Newcastle, they’re very kind, always trying to help you. I didn’t expect that.

“I thought English people would be cold, dry and not kind but I was wrong and I’m happy about it. I didn’t expect all the laughter and jokes you have here.

“I feel at home here. There’s much more to do in Newcastle than in Dortmund.”

Since joining from the German side, Merino has gone on to appear in every one of Newcastle’s nine league matches, although has had to feature from the bench in their last two, with Isaac Hayden and Jonjo Shelvey preferred in the starting XI by Rafael Benitez.

He is also an established member of Spain’s under-21 squad, having made 10 appearances and scoring three goals.

In other Newcastle United news, one of the Magpies’ rising stars is being eyed up by some of Europe’s biggest clubs.