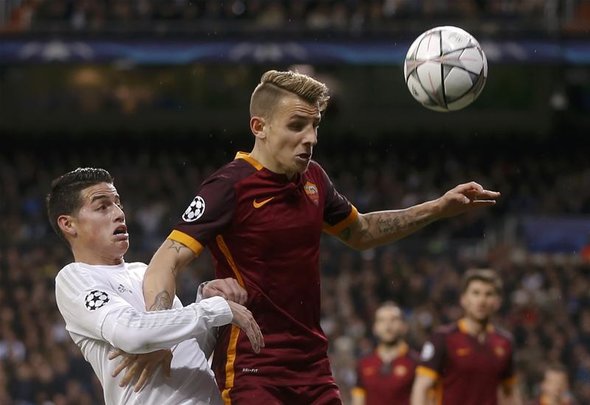 Liverpool have failed with a late bid to sign Lucas Digne from Paris Saint-Germain, according to reports.

The Mirror claim that the Merseyside outfit made a late move for the 22-year-old before he agreed a deal to switch to Barcelona.

The report says that had the transfer gone through, Jurgen Klopp would have paid less than the reported £16.7million that the Catalan outfit are due to pay for the Frenchman’s services.

The Reds were linked with a move for Digne last summer but no deal materialised as the defender opted for a loan move to Roma instead.

The Anfield outfit have been linked with an array of new defensive options this summer as Martin Skrtel is preparing for a £5.5million move to Fenerbahce and Kolo Toure has been allowed to leave the club on a free transfer.

The likes of Ben Chilwell from Leicester and Jonas Hector are both full-back options for Klopp’s side but no deal has been completed for either player.

In other Liverpool news, Mamadou Sakho could miss the start of the Premier League season after suffering a new setback in his attempt to re-start his Anfield career.