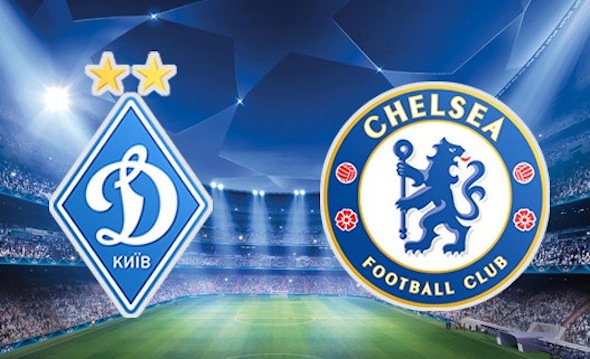 The Champions League takes centre stage again this week and Paul Robinson thinks that Chelsea can build on their domestic win and kickstart their European campaign when they travel to Kiev on Tuesday…
Get the best odds and a £30 free bet now by clicking here
Dinamo Kiev v Chelsea
Tuesday October 20, 19:45 BST
Live on BT Sport 2
Dinamo Kiev
A late equaliser against Porto in the opening gameweek followed by a 2-0 win at Maccabi Tel Aviv has put Dinamo Kiev in a decent position at the top of Group G. There is still a long way to go though and with a trip to both Portugal and England to come, I am not convinced that they will qualify for the last 16.
The man in charge at the Olympic Stadium is club legend, Serhiy Rebrov, a man who helped Kiev rise to prominence in the mid to late 90s. He will have been disappointed with his team’s performance on Friday night though as they were soundly beaten by Shakhtar Donetsk in front of their own fans.
Chelsea
The international break probably came at the right time for Chelsea as they needed time to pause following the disastrous start to the season that culminated in the 3-1 defeat at Stamford Bridge to Southampton.
Jose Mourinho’s side picked back up with a 2-0 success over Aston Villa at the weekend and while they didn’t set the world on fire, there were plenty of positives to take. One of those was the returning, Diego Costa, who seemed revitalised and a lot fitter than he has been.
Eden Hazard was only deemed worthy enough of a place on the bench but I expect him to be back in for the trip to Kiev and his omission on Saturday could be the kick up the backside that he needs.
Match Odds
Dinamo Kiev 3.05 Chelsea 2.62 The Draw 3.40
The prices suggest that this is going to be a relatively tight affair and I am not going to disagree with that. I think there is a bit of wiggle room in the 2.62 about Chelsea though and I’m keen to have a small interest in them.
The hosts were poor on Friday and while they have a fine record at home, they don’t often play the cream of European football. Don’t get me wrong, Chelsea aren’t quite that at the moment, but they have it in them to be and Jose Mourinho is still the master of pulling off a win when he needs one.
Over/Under 2.5 Goals
Over 2.5 Goals 2.18 Under 2.5 Goals 1.82
Another tight market here with under 2.5 marginally favoured. I am in that camp as well but I wouldn’t want to be putting money on it. It seems clear that Mourinho will go in with a defensive attitude but individual mistakes have come in abundance this season and if there is another one in Kiev, Chelsea will be forced to chase the game.
Cash Out
I expect a very tight encounter here with only one goal in it at the final whistle. A 0-1 correct scoreline can be backed at 9.80 and I am keen to invest in that pre kick-off. I think that there is a very strong chance that it will trade much shorter in-play and enable us to cash out for a profit whether it finishes that way or not.
Recommended Bets
Back Chelsea @ 2.62
Best Cash Out
Back a 0-1 Correct Score @ 9.80
Get the best odds and a £30 free bet now by clicking here