Noel Whelan has suggested Mohamed Elyounoussi should be sacked by Celtic after the winger was spotted using his phone while on the bench against Sparta Prague.

Speaking after the game, as quoted by the Daily Mail, Neil Lennon stated that the 26-year-old “better not have been” on his phone and that he would “deal with” the situation himself. 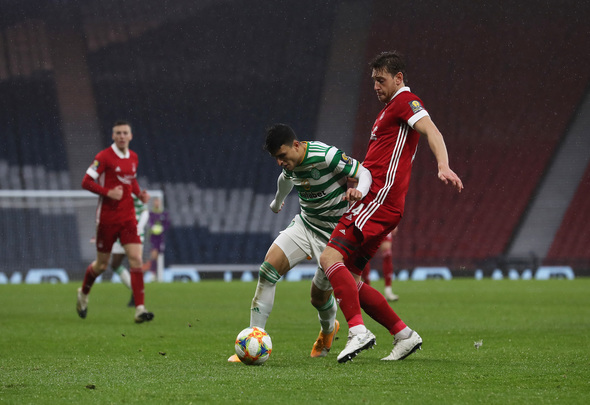 Former Celtic striker Chris Sutton called the incident “scandalous” and said he would fine the Norway international two weeks wages if he was in charge.

Asked what sort of message Elyounoussi’s actions sent out, Whelan told Football Insider: “That he doesn’t care. That is what I think.

“It’s disgusting, it’s something that should never happen. Why is he got his phone there in the first place? It’s disrespectful to the team that are already out there and your teammates, the manager, the club.

“It’s so wrong that it shouldn’t be just two weeks wages, if you can fine them more, I think you should. Yeah, I mean that to me shows lack of respect all over that football club by that one player, it’s disgusting.”

Elyounoussi, who rejoined the Bhoys for a second-consecutive loan this summer, has scored seven goals and chipped in with a further four assists in 17 games this season.

Injury problems meant he managed to make just 20 appearances across all competitions last term, with seven goals and six assists under his belt.

In other Celtic news, Frank McAvennie has been left buzzing at a potential signing in 2021 that could break the Parkhead bank.