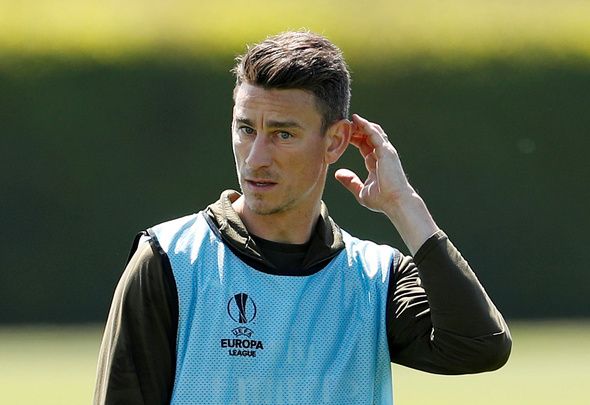 Danny Mills has suggested there have been broken promises at Arsenal as he tears into Laurent Koscielny for refusing to join the club’s pre-season tour of the USA.

Speaking exclusively to Football Insider, the former England defender was highly critical of the Frenchman’s behaviour, insisting he is letting everyone around him down and that if an agreement was in place, he should have had no trouble jetting out with his teammates.

Arsenal confirmed in a short statement that the French international had refused to travel with the squad and that they were highly disappointed by his actions.

Despite blasting the 33-year-old, Mills suggested that something must have gone on behind-closed-doors for the centre back to take such definitive action, questioning whether the Gunners had reneged on promises made over his future.

Mills told Football Insider: “You can’t refuse to go on tour, you’ve then got to expect to be fined. You’re letting the club down, letting yourself down, it’s a very strange situation. It doesn’t look good for the club.

“I just wonder if something else has happened that we don’t know about, that he’s been promised something and then that promise has been taken away.”

Koscielny, who was named as Unai Emery’s choice as captain last season, struggled with injury during the 2018/19 campaign and managed to make just 29 appearances across all competitions.

He has a total of 353 outings for the Gunners since joining from FC Lorient back in 2010 and has also earned 51 caps for France.

In other Arsenal news, it can be REVEALED a player has told his friends he is expecting to seal a move this summer after an eight-figure bid was tabled.