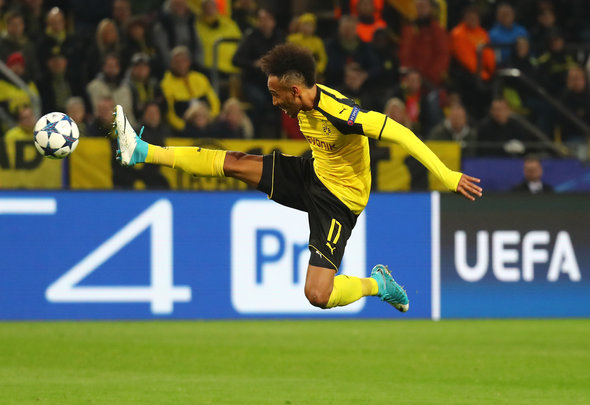 Former midfielder Don Hutchison has urged Liverpool to pay over the odds and sign one of Alexandre Lacazette, or Pierre-Emerick Aubameyang.

The Merseyside giants are closing in on the signing of Roma attacker Mohamed Salah as they look to add to Dominic Solanke, who joined earlier in the summer from Chelsea.

Many also believe that Liverpool are in need of strengthening their defence this summer due to it’s frailties in recent seasons and the club have been heavily linked to Southampton star Virgil van Dijk.

However, Hutchison believes a forward is more important and on Thursday he urged the club via his personal Twitter account to sign one of the European goal machines.

Lacazette, 26, is reported to have said that he wants a move away from Lyon this summer and this has seen him linked with a number of clubs after scoring a very fine 37 goals in 45 matches in all competitions last season.

Meanwhile, Aubameyang, 28, has been linked with a move to Liverpool this summer after having previously impressed under manager Jurgen Klopp at Borussia Dortmund.

He also boasted a very fine goal scoring record in the last campaign, netting a brilliant 31 goals in 32 Bundesliga outings.

Liverpool, meanwhile finished the season with attacking midfielder Philippe Coutinho as their top scorer after the Brazilian bagged 14 goals in 36 encounters in all competitions and Klopp may well be on the hunt for a more natural forward this summer.

In other Liverpool transfer news, two Premier League clubs are in battle for this Reds attacker.