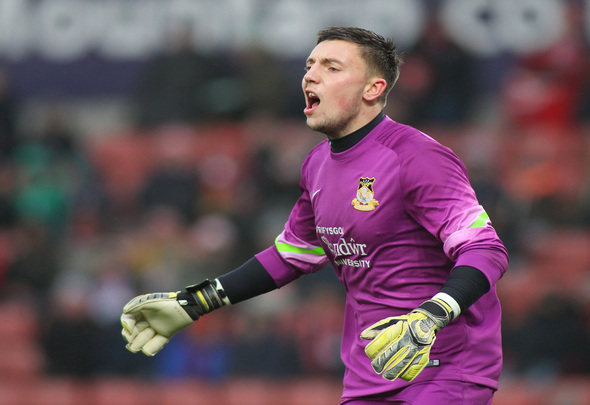 Wolves have confirmed that goalkeeper Jon Flatt has signed for League Two side Cheltenham on a season-long loan deal.

The Championship outfit announced the news on their official Twitter page on Tuesday afternoon.

Jon Flatt has joined @CTFCofficial on a season-long loan. All at Wolves would like to wish him the very best of luck. pic.twitter.com/fsgfl8vcL0

Flatt will now be on his way to Gloucestershire for his second loan spell with Cheltenham after his parent club agreed to ship him out for more first-team experience.

He made ten appearances for the Robins during his temporary stint at the back end of the 2015/16 National League campaign as they achieved promotion to the Football League.

The 22-year-old has never played a minute of senior football for Wolves and was sent out on loan to the National League again last term, when he spent the majority of the season with Barrow.

He made 22 appearances for the Cumbria club, keeping five clean sheets and conceding 31 goals.

It appears that Flatt has been unable to convince new manager Nuno Espirito Santo that he can play a role in the Wolves first-team next season.

The youth product has some strong competition for a spot in the senior side with experienced duo Carl Ikeme and Andy Lonergan the preferred choices under the charge of Walter Zenga and Paul Lambert during the disappointing 2016/17 campaign.

At the age of 22, you’d expect a player like Flatt to be playing at a slightly higher level than League Two, which shows that he might not be able to make it at Molineux. He’s a decent enough ‘keeper, with great command of the box and has shown he has the potential to become a leader in the future having worn the captain’s armband in the past for the Wolves Under-23 side. However now is probably the time that Flatt should be trying to break into the senior squad, and a drop down to League Two shows his career isn’t going in the right direction. That being said, it’s a great chance for him to get some invaluable experience and the familiar surroundings at Cheltenham could be a boost.

In other Wolves news, the club are plotting a bid for this top-flight midfielder.