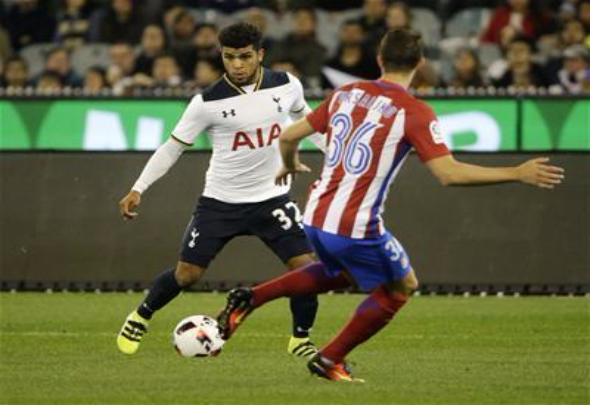 DeAndre Yedlin has completed a move from Tottenham to Newcastle, it was announced on Wednesday afternoon.

Spurs announced on their official Twitter account that the 23-year-old has signed a permanent deal with the Championship club after an agreement was reached.

We’ve reached agreement with Newcastle for the transfer of DeAndre Yedlin. We wish him all the best for the future. pic.twitter.com/IumGEDCg78

Newcastle revealed on their official website that Yedlin has put pen to paper on a five-year-contract at St. James’ Park after becoming the ninth player to join the Magpies’ first-team squad this summer.

Manager Rafael Benitez revealed that the USA international had been signed as a direct replacement for Daryl Janmaat, who joined Watford earlier on Wednesday after the north-east giants accepted a £7.5million bid.

“We have known for a little while of Watford’s interest in Daryl Janmaat, so it was important for us to bring in a replacement immediately,” Benitez told the Newcastle website.

“In DeAndre we have a player who knows English football well. He has good experience, an attacking mentality, ability and great pace.

“I think he can do really well for us and will give us good competition on the right.”

Yedlin, who was in attendance for the Magpies’ EFL Cup win over Cheltenham on Tuesday night, has joined the Championship outfit after being deemed surplus to requirements under Mauricio Pochettino.

He played a key role for Newcastle’s fierce rivals Sunderland on loan last season, as they avoided relegation under the new England manager Sam Allardyce.

The right-back made 25 appearances for the Black Cats across all competitions and made a strong impression with his defending and pace when attacking during his time at the club.

The full-back joined Spurs from Seattle Sounders in 2014 on a four-year contract but has only made one competitive appearance for the Londoners.

Spurs are well equipped in the full-back position with English pair Kyle Walker and Kieran Trippier ahead of Yedlin in the battle for the right-back role.

In other Tottenham transfer news, Spurs are weighing up a player-plus-cash deal for Newcastle attacking midfielder Moussa Sissoko.