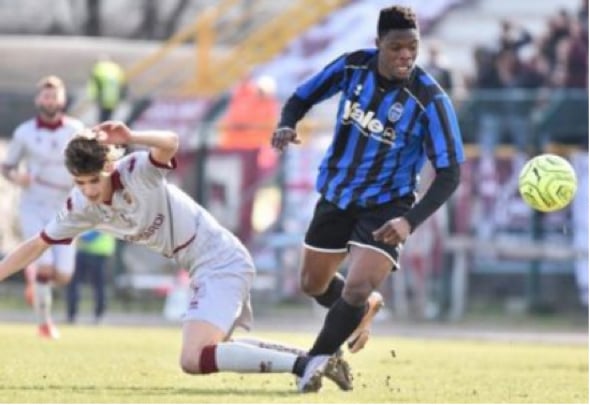 Leeds have confirmed that they have signed striker Caleb Ekuban from Chievo.

The Whites announced on their official website and official Twitter account on Tuesday that the 23-year-old has penned a four-year contract at Elland Road after an undisclosed fee was agreed with the Serie A side.

✍️ #LUFC are delighted to announce the signing of Caleb Ekuban from Serie A outfit Chievo Verona https://t.co/qNynzg8OlM pic.twitter.com/iuhoG2Vznh

Ekuban has become Leeds’ latest signing of the summer after Mateusz Klich, Felix Wiedwald, Vurnon Anita, Pontus Jansson and Hadi Sacko were all announced through the door at Elland Road.

Ekuban failed to earn a senior appearance in his time with Chievo, as he spent a lot of his early development out on a series of different loan spells.

Last season saw the Ghanaian enter the spotlight though, as he fired 18 goals in 42 appearances across all competitions with Albanian top flight side FK Partizani, where he featured in the qualifying rounds of the Champions League and Europa League.

Leeds have said on their official website that Ekuban could make his first appearance for the club as soon as Wednesday, when the Yorkshire giants take on non-league side North Ferriby in a friendly fixture.

Leeds look like they have bagged a very exciting striker in Ekuban, who could certainly play a solid back-up role to Chris Wood. The Ghanaian can also play on both wings, so he could be handy when Thomas Christiansen looks to roll the dice in the final minutes of the game as he looks for a winner or equaliser if things are going wrong. This latest move does cast doubt over Marcus Antonsson and Souleymane Doukara’s time at Elland Road. Both will probably be shifted down the pecking order following Ekuban’s arrival, as Wood is more than likely going to continue to be the No 1 choice to spearhead the attack. One of the two might have to leave this summer in order to balance the books or pursue first team football.

In other Leeds news, there has been an exciting update on the Whites’ chase of this goal machine.