Carlos Sanchez has left Aston Villa permanently in a deal reportedly worth £2.6million, it was confirmed on Friday.

Manager Steve Bruce revealed that Sanchez is moving permanently to Fiorentina because he has played enough games for the Serie A club to trigger an option to buy.

Sanchez, who was signed by former boss Paul Lambert from Elche in the summer of 2014, has been on loan at Fiorentina all season.

“The first thing we have to address is the senior players we have out on loan,” Bruce said, as quoted by the Birmingham Mail. “Kozak has already gone, I’ve had a conversation with him.

“We believe the boy Sanchez has met the criteria of playing for Fiorentina so it looks as if he’s a done deal too.”

It was reported that Fiorentina paid an initial loan fee of £220,000 for Sanchez when they signed him on a season-long loan last summer and will pay the further £2.4million agreed with Villa in order to sign the 74-times Colombia international permanently.

Villa signed Sanchez from for £5million three years ago but he failed to justify his fee and made little impact in England, partly due to a series of niggling injuries.

Fiorentina boss Paulo Sousa recruited the midfield anchorman to protect the defence but he has been used predominantly at right-back this season.

Sanchez has been a mainstay of the team, accumulating eight Europa League appearances in addition to 31 in domestic competition.

Following Villa’s relegation he was one of a number of players offloaded in order to trim the club’s wage bill.

Villa round up their Championship campaign against Brighton and Hove Albion at Villa Park on Sunday. 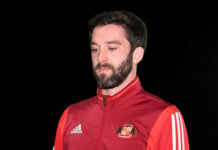