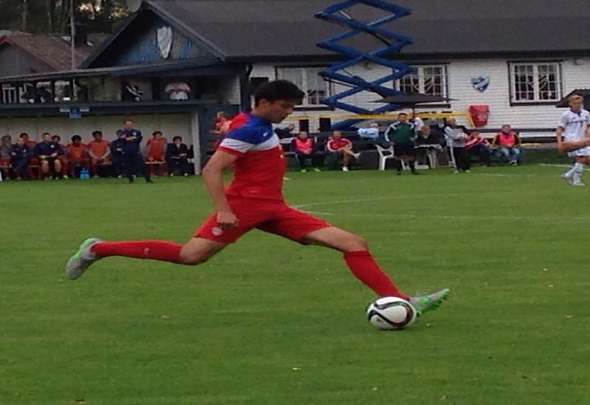 Aston Villa have signed American youngster Callum Stretch, it was announced on Saturday.

The 16-year-old starlet has signed a two-year contract with the Championship side and is expected to play in the Villa Under-18s team next season. He joins from US soccer team FC Golden State.

The youngster first came to England aged 14, where he had trials at Tottenham and Sheffield Wednesday. He impressed on his first outing and he was asked to return when he was ready to move to England full-time.

Stretch was recently selected for the USA Under-18s team that played in the Open Nordic Cup in Sweden, earning his first three National caps against Iceland, Finland and the Faroe Islands respectively.

“This is a very exciting opportunity for me, and I am honored to be a part of Aston Villa’s great history and heritage,” said Stretch on the FC Golden State website. The young starlet joined the LA Galaxy Youth Academy in 2013.

Stretch had expected to be a rising senior in September at Notre Dame High School in California, but has instead moved to the UK after six weeks of trials and the subsequent offer from Aston Villa.

The youngster can play in midfield or defence and stands at 6″3.

The Villains have a history of giving young players a chance and current first-teamers Ciaran Clark, Gabriel Agbonlahor, Nathan Baker, Gary Gardner and Jack Grealish all came through the youth system at the club.

In other Aston Villa transfer news, Aston Villa owner Tony Xia has warned that the club’s underperformers will be sold for bargain prices if necessary.