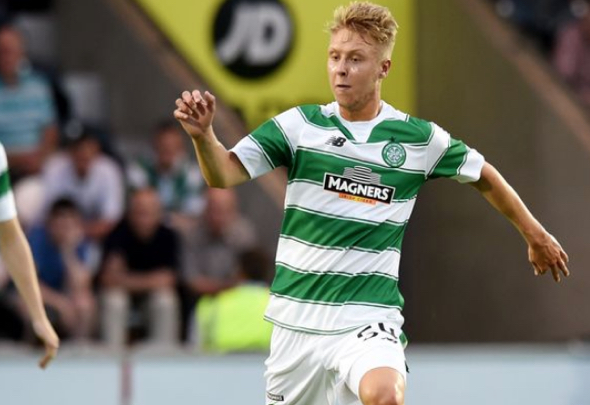 Lindsay spent the season on loan at Ross County, where he made 32 appearances across all competitions, scoring two goals.

He hadn’t been able to break into the Celtic first-team and will now try his luck in the Championship.

The news was announced on the official Ross County Twitter page on Monday evening.

SIGNING NEWS | Ross County Football Club are delighted to announce the signing of Jamie Lindsay from @CelticFC on a permanent deal.

Talking after the deal was done, co-manager Steven Ferguson said: “Myself and Stuart [Kettlewell] are absolutely delighted to sign Jamie on a permanent contract.

“Having spent last season on loan here we know all about Jamie’s qualities and potential.

“He is a hungry and talented young midfielder who was much in demand with other clubs so it’s a real coup to have got him back to Ross County on a permanent deal.”

This is a great move for Jamie Lindsay although it’s a real shame that Ross County were relegated at the end of last season. However, they’ve got a real chance of getting straight back up and it will give Lindsay a chance to shine for his new side. He impressed last season and there was no future for him in the Celtic first-team, and he’ll now return to a place where he’s valued as an important member of the first-team squad. Lindsay came up through the youth ranks at Celtic, but Ross County was his third loan move and the writing was on the wall for the 22-year-old. Lindsay would obviously have been hoping to make it at the biggest club in Scotland and Brendan Rodgers was personally keeping an eye on his development, but it wasn’t to be. Celtic will be looking to strengthen, with Rangers doing the same under new manager Steven Gerrard, and competition for places is likely to be at even more of a premium for the 2018/19 campaign.

In other Celtic news, fans seem to agree with comments made by Chris Sutton