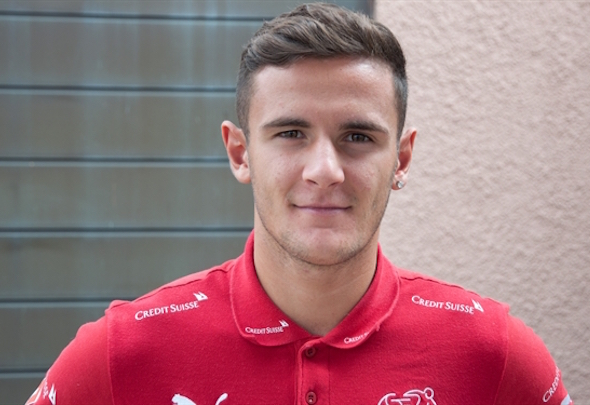 Everton striker Shani Tarashaj has joined Bundesliga outfit Eintracht Frankfurt on a season-long loan, it was announced on Wednesday.

The 21-year-old striker moved to Goodison Park in January but has yet to feature for the Merseysiders in any capacity despite earning five senior Switzerland caps during his career.

Tarashaj signed a four-and-half-year Everton deal in January but was sent back to former side Grasshoppers so he could complete his national service.

The striker has scored just 13 goals in 58 games for his boyhood club, but offers more to the attacking side of the game than just finding the back of the net.

Tarashaj, who signed a deal keeping him at Goodison Park until the summer of 2020 in January, was part of Switzerland’s Euro 2016 squad but only managed to make one substitute appearance during his nation’s 1-1 draw with Switzerland.

The youngster becomes Everton’s fifth player to leave on loan this term, with Russell Griffiths, Luke Garbutt, Conor Grant and Brendan Galloway all leaving the club on a temporary basis.

In other Everton transfer news, Leicester are set to win the race to sign this Algerian strikre ahead of manager Ronald Koeman.