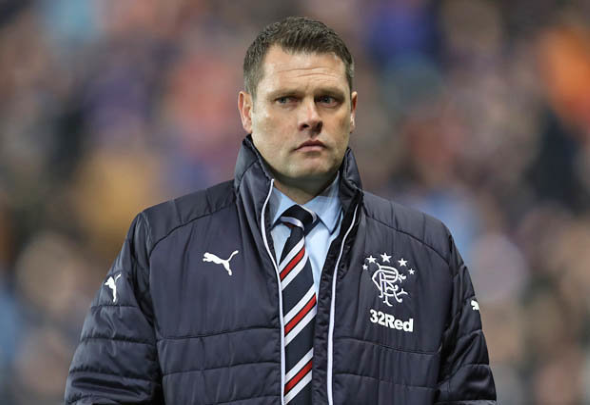 Rangers have given Under-20 Centre-back Kyle Bradley a new contract to extend his stay at the club.

The 19-year-old, who made his single appearance for the senior side in the premiership game against St Johnstone in May last year, has come up through the youth ranks at Ibrox.

He spent the first half of this season out on loan at Clyde where he made four appearances and has impressed enough to be rewarded with a new contract.

His current deal was set to run out at the end of the season.

He’s been joined by three other youngsters who have also been given new terms, including centre-back Harris O’Connor and midfielders Ben Williamson and Ciaran Dickson.

The news was confirmed on the official Rangers Youth Academy Twitter page on Tuesday afternoon.

Congratulations to Bradley who got a taste of what it’s like to play for the senior side in their 2-1 win at St Johnstone. He only got five minutes on the pitch then and he’ll be desperate to sample playing in front of the Rangers faithful at Ibrox. It’s not been easy for Graeme Murty to experiment with youth players this season and even after the Old Firm clash on Sunday Rangers will be desperate to secure second place in the Premiership. Bradley will likely have to wait for his second chance but he’s got enough talent to make it happen in the near future.