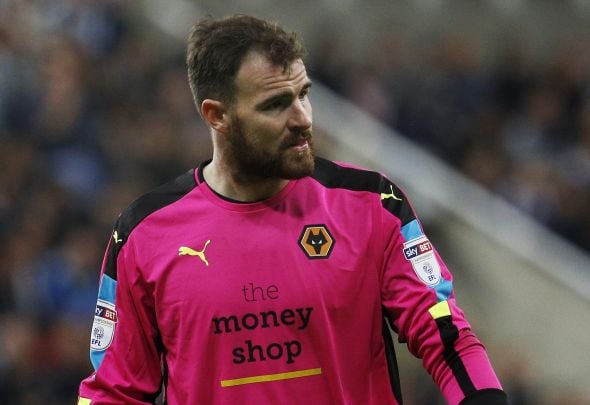 Leeds have signed up Championship veteran goalkeeper Andy Lonergan on a two-year deal from league rivals Wolves following the departure of last season’s star Rob Green, it was confirmed on Sunday afternoon.

The Yorkshire giants have had a busy Sunday, announcing via their official Twitter account that former England international Rob Green had departed for the Premier League with Huddersfield.

📰 Rob Green's contract has been terminated by mutual consent, and the club wishes him well for his future https://t.co/avdlB9aME2 pic.twitter.com/qCLRYINk17

However, that was followed up by the confirmation of Lonergan from Wolves just 10 minutes later.

📰 #LUFC can confirm that goalkeeper Andy Lonergan has returned to Elland Road on a two year contract. Read more at https://t.co/eD6m3VoTPe pic.twitter.com/hG1jhVjXH9

Green was considered key in the Leeds team last season, playing in 47 matches in all competitions, conceding 49 times and keeping 15 clean sheets as the Yorkshire giants achieved a seventh placed finish.

However, they have also added stopper Felix Wiedwald to their squad from Werder Bremen this summer and the German would appear to be Thomas Christiansen’s number one goalkeeper choice.

Lonergan meanwhile has played in 328 matches in England’s second tier across his career with the likes of Preston, Bolton and Fulham and his experience could prove invaluable for Leeds.

Swapping Green for Lonergan is a strange one for Leeds given the difference in ability between the two. However, at this stage of his career Green probably wants a final shot at the Premier League. Meanwhile, Lonergan won’t cause too much fuss to sit on the bench at Elland Road, as it is a position he has held at Wolves for the last year. But, Leeds must now hope that Wiedwald doesn’t suffer a long-term injury, or suffer a dip in form as Lonergan is far from the quality needed between the sticks for a side with promotion as their aim.

In other Leeds transfer news, Christiansen has given an update on the Whites’ search for a new striker.