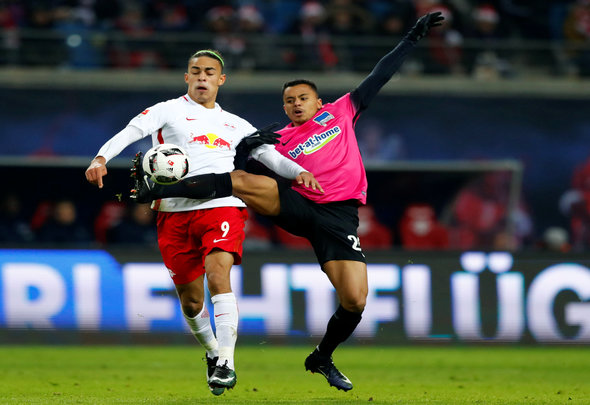 The Reds confirmed on their official website that the 20-year-old midfielder has made his move on a season-long loan.

The Brazilian has left the Merseyside club on a temporary basis and it will be his fourth loan spell away from Anfield.

Allan moved to Liverpool back in 2015 from Brazilian club Internacional, but is yet to make a senior appearance for the Premier League club.

The central midfielder has previously been loaned out to Finnish side SJK, Belgium club Sint-Truiden and finally German outfit Hertha Berlin last season.

He is a left-footed player that is most recognised as a box-to-box midfielder that is excellent in possession and intelligent going forward.

Allan has gone on search of regular first-team action and its extremely unlikely he could have made a senior breakthrough in the new future, with the likes of Emre Can, Georginio Wijnaldum, Jordan Henderson, Adam Lallana and deadline day signing Alex Oxlade-Chamberlain vying for a midfield role.

Allan is very unlikely to get any first-team chances due to the competition in the Liverpool squad right now and a move away is the best for him. Cypriot team Apollon Limassol will give the midfielder the chance to play in the Europa League and that should help his development move along. The central midfielder also played in the Bundesliga last season 15 times for Hertha and the 20-year-old is gaining some valuable experience. Jurgen Klopp is always keen to bring through youngsters at Anfield and Allan is certainly one to look at.

In other Liverpool transfer news, the club’s striker is ready for a deadline day exit.