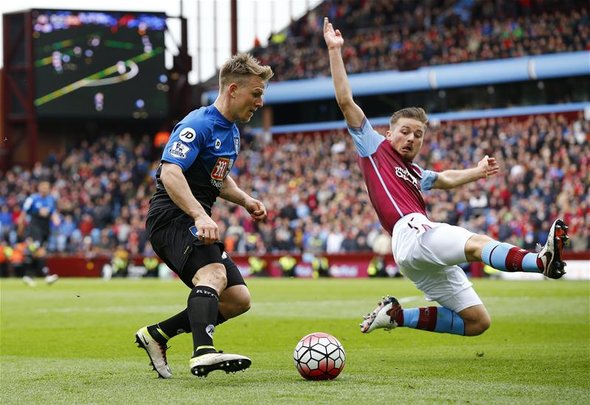 Villa announced on their official website that the midfielder, 20, has penned a two-year contract extension.

Lyden had 12 months remaining on his deal but is now set to stay at Villa Park until 2019.

The defensive midfielder made six appearances for Villa last season, with four of them coming in the Premier League, but is yet to be used by Roberto Di Matteo in the Championship.

The Australian has played twice for the under-23 side this season and scored in a 1-1 draw against Brighton, but will hope to earn an opportunity in the first-team.

Lyden has expressed his delight at securing his future at the Championship club on the club’s website.

“I’m really happy to have signed a contract extension,” he said. “It’s great that the manager has got faith in me and sees me as part of the future.

“I’ve loved my time here so far and I know that this is the best place for me to continue my development.“It’s an exciting time to be at the club too. There’s a great groups of lads here and the coaching staff have been brilliant with me.”

Villa are aiming to seal an automatic return to the top-flight but have endured a difficult start.

The Midlands club have picked up just eight points from as many games and are already 11 points adrift of league leaders Huddersfield.

In other Aston Villa transfer news, their midfielder received an offer to join the Premier League champions.