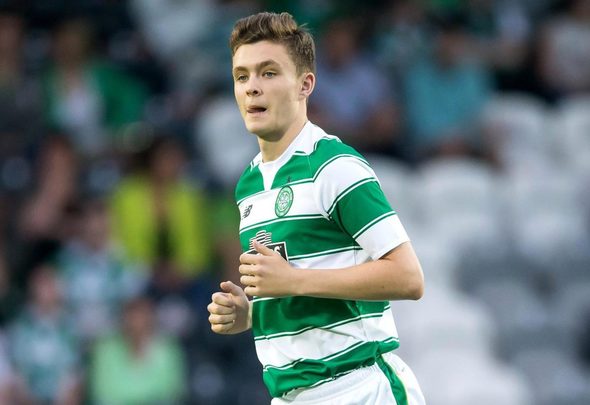 Queen of the South have signed young Celtic midfielder Connor McManus on loan until the end of the season, it was confirmed on Friday.

The Doonhamers confirmed on their official website that the 21-year-old had moved down to the Scottish Championship side on an emergency loan.

It is revealed that the midfield playmaker will now go into Gary Naismith’s squad for the weekend trip to Kirkcaldy where they will face seventh placed Raith Rovers.

The young starlet has not yet made his debut for the Hoops first team, but he has previously had a loan spell at Alloa Athletic and he will now be hoping for some more match experience with the second tier side.

Queen of the South will still be hoping for a promotion play-off spot when the season reaches it’s end as they sit in fifth place in the Championship.

However, there is a massive nine points between themselves and Dundee United in fourth and with just six games left of the campaign it is believed something special will need to happen if they are to make it into the Premiership.

At this stage in his career it is unlikely that McManus will make it as a senior Celtic professional. However, with his contract set to run out in the summer this move will prove to be for the best for his career. The former Scotland Under-19 international can now showcase his talents in a competitive league and try and impress scouts from elsewhere, or even those at Queen of the South.

In other Celtic transfer news, Andy Townsend has taken a hilarious dig at the Hoops.