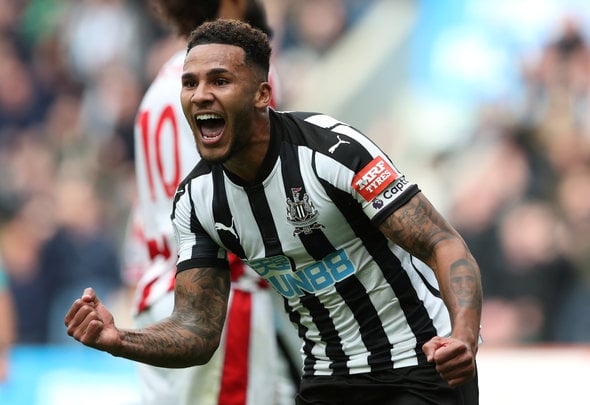 Newcastle United have confirmed that defender Jamaal Lascelles has signed a new contract which will see him remain at the club until 2023.

The Magpies revealed the announcement on Friday via both their official Twitter page as well as the club’s official website.

BREAKING: Captain @Lascelles16 has signed a new contract with the club, keeping him at #NUFC until June 2023.

The centre back has revealed his joy at securing his future with the club, and has admitted he has big ambitions looking forward.

He told the club’s official website: “Since I came to Newcastle, I’ve been happy; I love the city, the football and the fans. Everything about it, I enjoy so I’m happy to be tied down for the next six years here.

“We’ve got a group of ambitious lads, the fans are excellent and the manager has got trust in me, so I’m really happy here and I want to take the club as high as it can go.”

The 23-year-old has been with Newcastle since signing from Nottingham Forest back in 2014, although had to wait until August 2015 before making his debut for the Magpies after spending another season on loan with his former side.

After establishing himself in the starting XI due to his team mates’ injuries at the end of the 2015/16 campaign, manager Rafael Benitez chose to hand Lascelles the role of club captain for their season in the Championship.

The former Forest man rose to the challenge and formed a formidable partnership with Ciaran Clark as the club returned to the top flight at the first time of asking.

He retained the armband for the 2016/17 season, although Benitez chose to start summer signing Florian Lejeune over Lascelles for the opening game of the season against Tottenham.

However, injury once again saw Lascelles return to the starting XI, and despite a shaky outing against Huddersfield, he starred as the Magpies went on a three match winning streak.

While he performed admirably at the back, he also managed to score the match winning goals against Swansea and Stoke City, heading home from a Matt Ritchie corner in both clashes.

To date he has scored seven goals in 76 appearances for the Magpies, and fans will be hoping to see more of the same for the next couple of years.