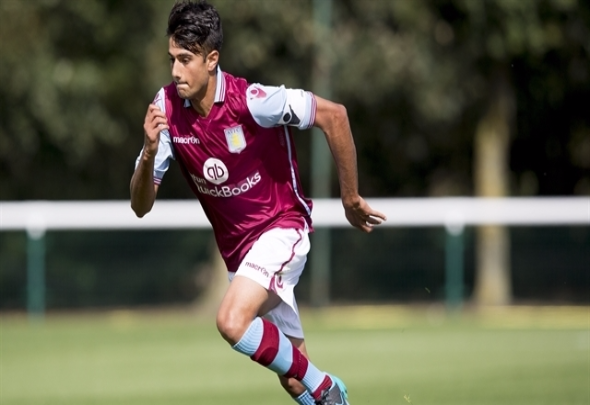 Aston Villa defender Easah Suliman has joined League Two side Cheltenham on a six-month loan deal, it was announced on Thursday.

Villa confirmed on their official Twitter account that the 18-year-old would be joining the newly-promoted until 2 January of next year.

The Birmingham-born youngster will join Gary Johnson’s side as they prepare to open their season against Leyton Orient at home on Saturday.

The youngster is highly regarded at the Midlands side, as he has represented England at Under-16, 17 and 18s level.

Aston Villa sold long-serving centre-back Ciaran Clark to Newcastle on Wednesday after the Toon had reportedly matched his release clause.

The Villains are currently reshuffling their squad under new manager Roberto Di Matteo as they look to bounce back to England’s top-flight at the first time of asking.

The club have already added centre-back Tommy Elphick to their squad from Bournemouth, which may have pushed Suliman further down the pecking order within the team.

The young defender starlet has also won 18 caps in the England youth ranks.

Suliman was called up to train with the first-team squad by Remi Garde last season, and was then called up to the bench in the Capital One Cup tie with Notts County on 25 August 2015, but he is still waiting to make his senior debut for the Championship club.