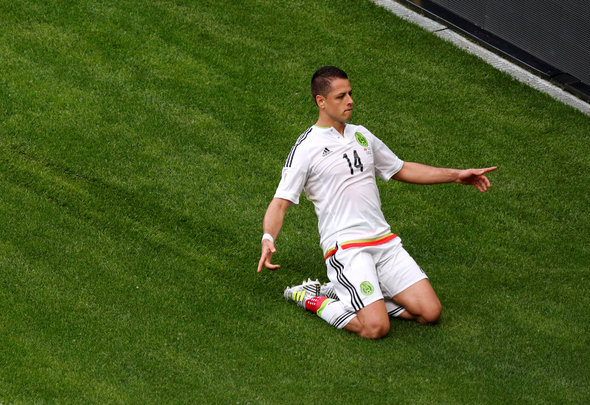 West Ham have confirmed the signing of Javier Hernandez for a fee worth £16million from Bayer Leverkusen.

The Hammers announced on their official Twitter account and official website on Monday night that the 29-year-old striker has penned a three-year contract at the London Stadium.

West Ham also confirmed that Hernandez will jet out to Germany within the next few days to hook up with the rest of Slaven Bilic’s squad at their pre-season training camp.

The 96-times Mexico international has become the Irons’ fourth signing of the summer, following Pablo Zabaleta, Joe Hart and Marko Arnautovic in signing deals with the London club.

Hernandez is the second forward signing in a matter of days after Arnautovic was captured from Stoke last week.

Hernandez is the first arrival of the summer to have come from outside the Premier League, but he has a wealth of experience of the English top-flight from his previous spell with Manchester United.

He lifted two Premier League titles during a four-year stay at Old Trafford and scored 59 goals in 158 appearances across all competitions.

The Mexican forward then secured a move to Real Madrid before eventually ending up with Bayer Leverkusen, where he showed his goal scoring ability had not stopped across two successful seasons.

Bilic looks like he might have bagged one of the best deals of the summer in the signing of Javier Hernandez. ‘Chicharito’ will come to the London Stadium with a wealth of knowledge of La Liga, Bundesliga, and most importantly Premier League football – and that is exactly what the Irons need. In today’s market, £16million is a relative steal for someone who is proven at what he does and there’s little chance that he won’t replicate his top form at the London Stadium. This could be bad news for Andy Carroll and Diafra Sakho though, as they will no doubt be pushed down the pecking order due to their injury troubles and lack of form in recent years. One might have to leave.

In other West Ham news, this Irons youngster has admitted that he is looking to emulate a Chelsea defender.